I’ll admit it, I have a soft spot for the tenacious ghost crab.  They are a big predator of sea turtles, but they are pretty cool creatures nonetheless.  They live above the high tide zone in burrows they excavate themselves.  Often more than four feet deep, they end in a chamber that stays solidly open because it’s in hard/wet enough sand to keep the burrow open.

They are also the culprit behind some of the more cryptic tracks on the beach, which almost look like birds were digging in the sand. The ghost crab is so light in its feet (name literally means swift-footed) that it can scamper quickly across the harder sand without leaving tracks except for where it digs. The ghost crab stops regularly to scrape around for coquina clams and moon snails just beneath the surface of the sand. One morning, we came across the remains of more than 30 coquinas– the crab’s small claws are clearly enough to pinch the small clams and break their shells.

Like other crabs, their eyes are on stalks that extend way up over their carapace, giving them a sort of 360 degree vision and the ability to spot avian predators. They can even retract the eye stalks, giving them a chance to maintain a lower profile in the sand to escape a predator.

Ghost crabs need to get their gills wet at least twice a day, which is why you might see them making a quick run for the ocean, often early in the day or at dusk. They often hunch down in the waves with their eyes extended above the water’s surface.

This ghost crab is vigorously defending itself from a dog that is interested in its progress.

Ghost crabs are scavengers, often gathering stuff they find on the beach and dragging it home. 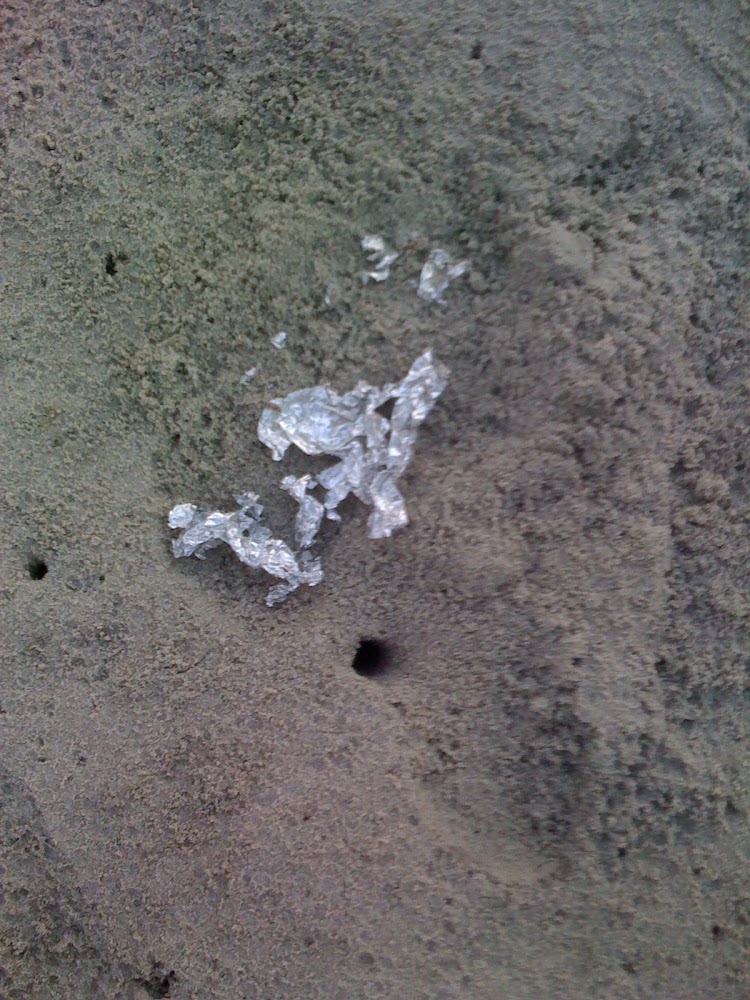