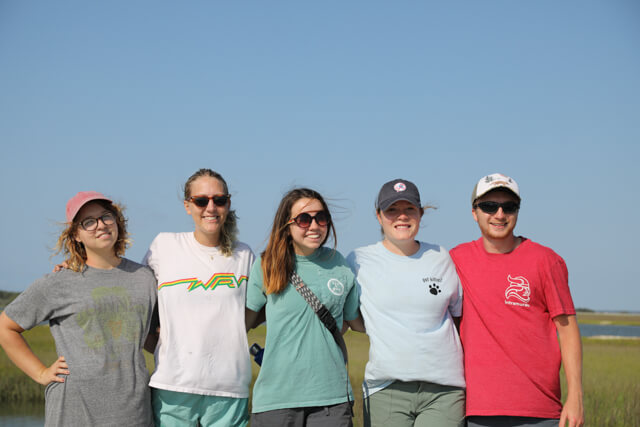 Our official summer season kicks off with summer interns arriving on island.  We have five this year, and began training and orientation this week.  We have three different positions all working together.  Our new position is that of a coyote intern.  He will be doing programs and gathering information about coyotes on the island and also working with our wildlife cameras.  Two interns are part of a hospitality partnership with Dunes Properties.  They assist first time guests, provide orientation and educational programs, and serve as a liaison between the rentals and the community.  Our remaining two wildlife interns are part of a partnership with Cape Romain and their sea turtle protection program, and they split their time between here and Cape Romain National Wildlife Refuge. Let me introduce you to them: 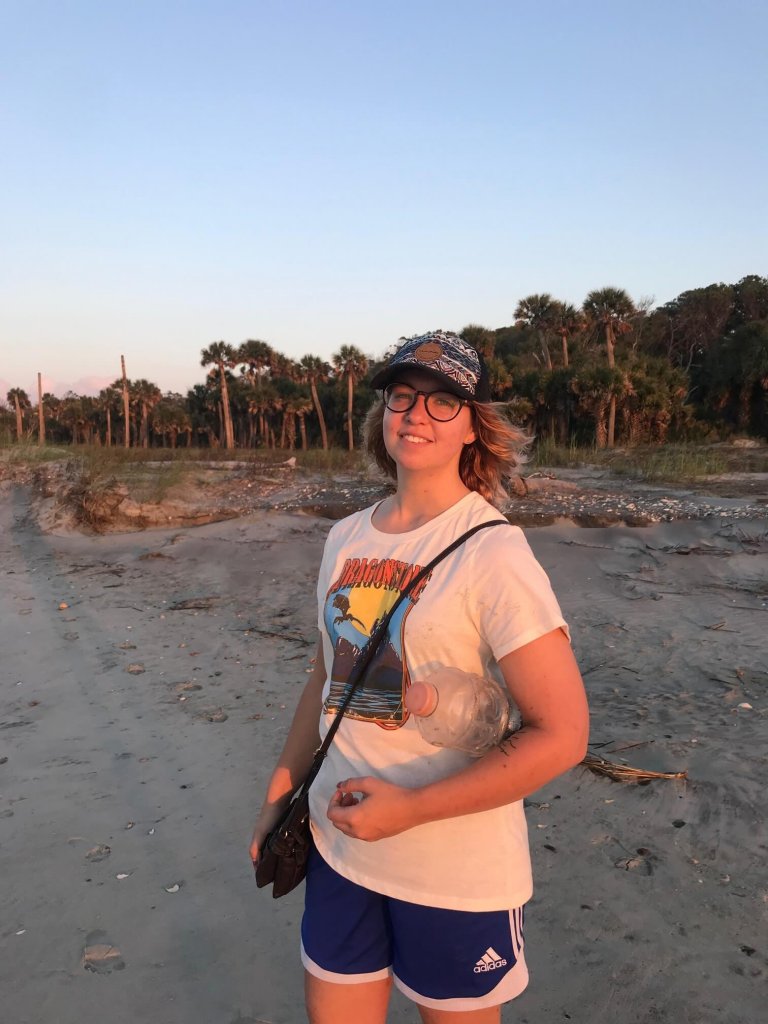 Casey was born and raised in Little River, SC. She began her life on a salt marsh, so the climate and wildlife of Dewees just feel like home to her. Nature and wildlife were always a passion for her, and she dreamed of being a zookeeper as a child. She’s also interested in sustainability. When she began studying at the University of South Carolina, however, she was an elementary education major. Now, after a bit of soul searching, she is a proud Tourism Management student and wants to pursue tourism careers that help make travel more sustainable for everybody involved.

Casey still gets excited every time she sees an alligator of dolphin, even if it’s the millionth one she’s seen that day. And she helped me rescue a stranded loon this morning, so she’s already in wildlife mode! 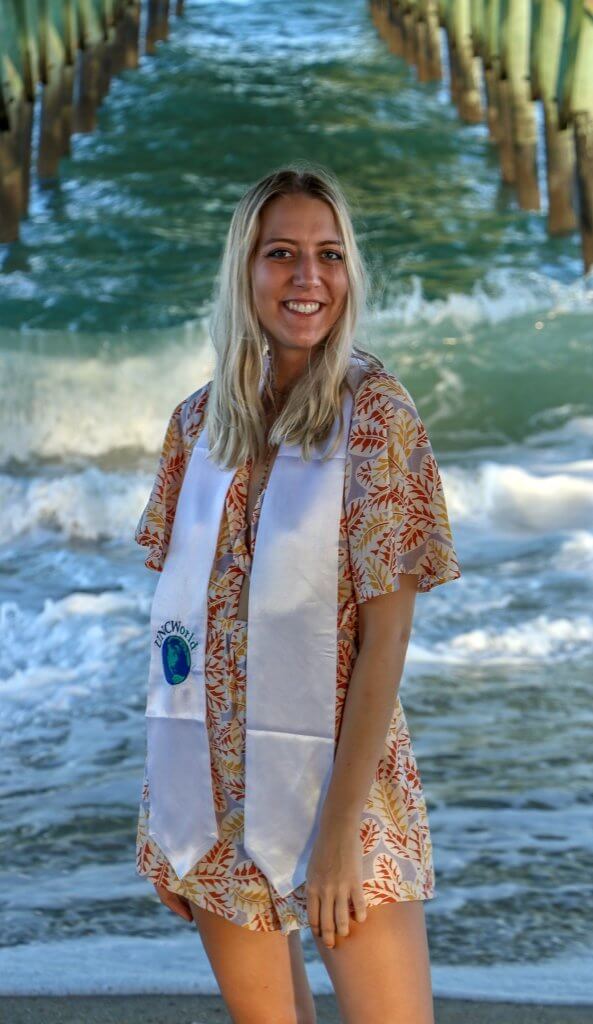 Jamie grew up in Charlotte but has spent the last four years studying Hospitality and Tourism management at the University of North Carolina Wilmington. As a child, she grew up visiting the Charleston area with family, but this is her first summer at Dewees. Jamie enjoys swimming in the ocean, playing games on the beach or just sitting down and getting lost in a book! She loves meeting new people so if you see her around, don’t be afraid to say hello! 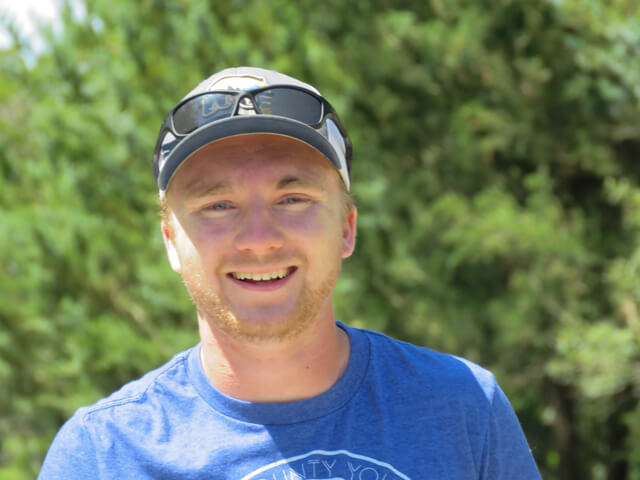 Jared Crain grew up in Maryville, Tennessee, and is currently pursuing a degree in Environmental Science and a minor in Writing at Berry College. He journeyed from mountains to sea this summer to study the wild coyote population on the island and interpret their interactions with the Dewees ecology. From its history to its happenings to its howls, he looks forward to unearthing bits and pieces that tell of the island’s story. At the end of the summer, he will return to Berry to complete his final semester of college, tracking a career that unifies his passions for writing and the natural world. 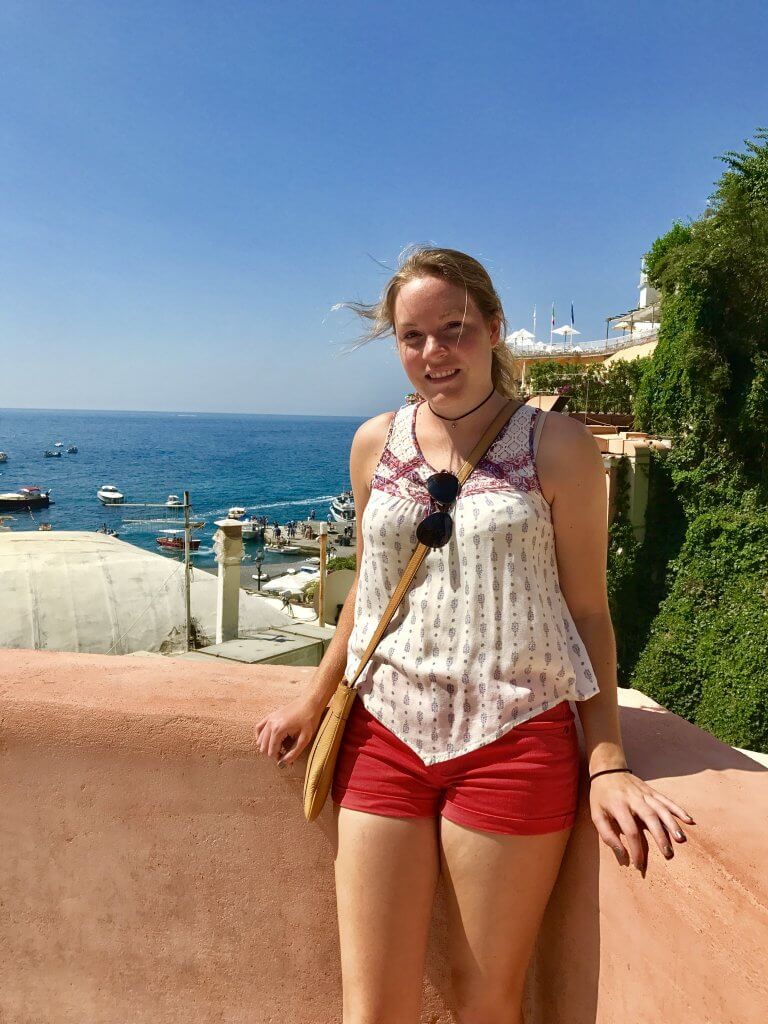 Alexa Murray, Wildlife (Turtles)
Alexa just graduated from Virginia tech with a bachelors in wildlife conservation. She was born and raised in Delaware and spent many of her childhood summers on a lake in Canada. She really enjoys working outside and providing people with educational experiences. She is looking forward to doing just that and meeting all the lovely folks who spend their summers on Dewees. In her free time, Alexa likes to hang out on the beach with a book, and on her days off she will be exploring the area. At the end of this summer, she plans on looking for grad schools so she can get her masters and spending time with her dogs. With Hollis, she’ll be traveling up to Cape Romain to work with their turtle program.

Hollis Hatfield, Wildlife (Turtles)
Hollis just graduated from Virginia Tech with a major in wildlife conservation. She is a Raleigh, NC native. During college she spent her free time running on the Va Tech Running Club and, in the winter, you would find her snow skiing.  Two summers ago, she was a shore bird intern at Hammocks Beach State Park in Swansboro, NC. Last summer she was a sea turtle intern for the US Fish & Wildlife Service on Pea Island Wildlife Refuge on the outer banks of NC. These past experiences led her to finding Dewees Island. In the fall she will go to graduate school in Dublin, Ireland. She is excited about exploring the area and becoming part of the Dewees Island community. 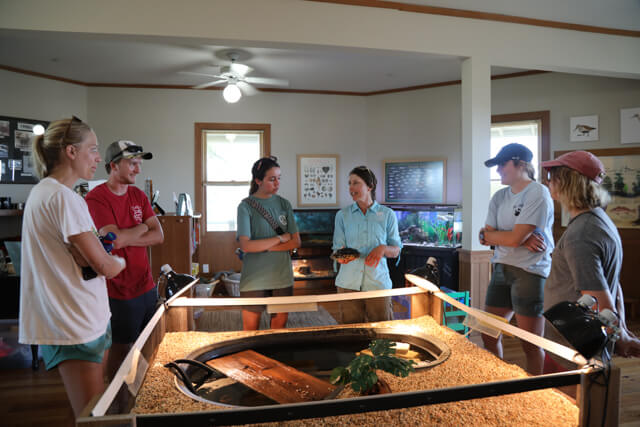 We spent the day with Lori, learning about the expectations of the position, touring the island, and practicing our Crabbing 101 and Dewees Insider Tips program.
Our summer schedule of programs is coming together (more on that soon).  Each week we’ll have a team meeting about what’s happening on the island, give and receive feedback, and share a meal. 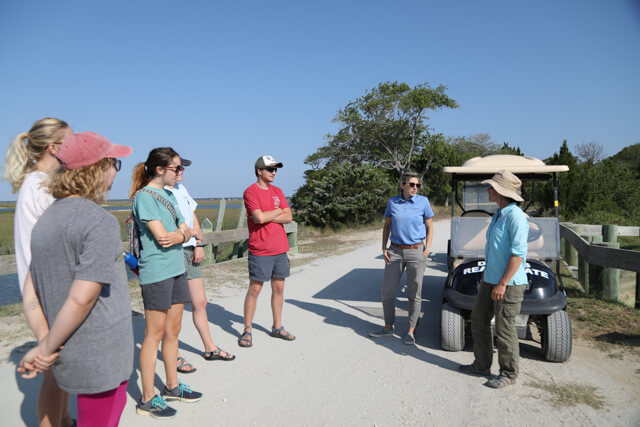 Get to Know them:

Island Owners are welcome (encouraged) to sign up to provide lunch for the Monday Meetings: in your house or at Huyler House, either dropping off something or staying.  It doesn’t have to be fancy~ some sandwiches, maybe a drink or some chips… a loaf of bread and a jar of peanut butter; you get the idea.  Sign up here if you would like to provide lunch. 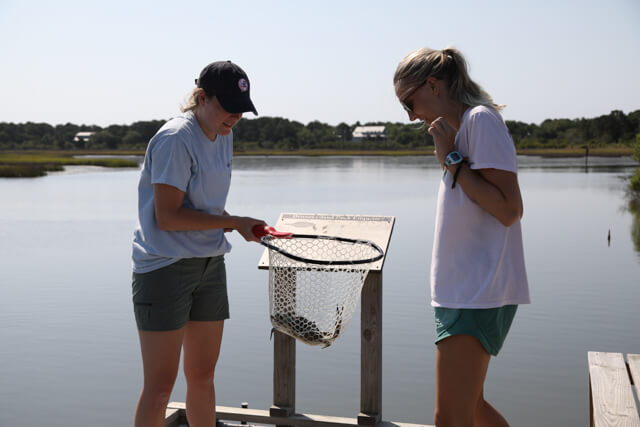 We are kicking off the intern season Friday June 7 with a welcome breakfast at Ancient Dunes Gazebo.  Our regular Friday Turtle Team debrief happens then, and we’d love to have you join us! 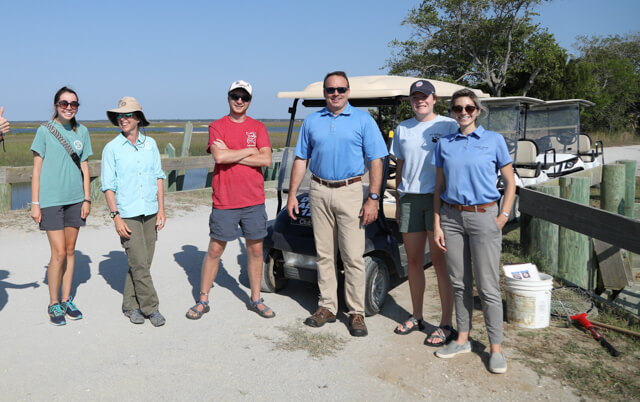