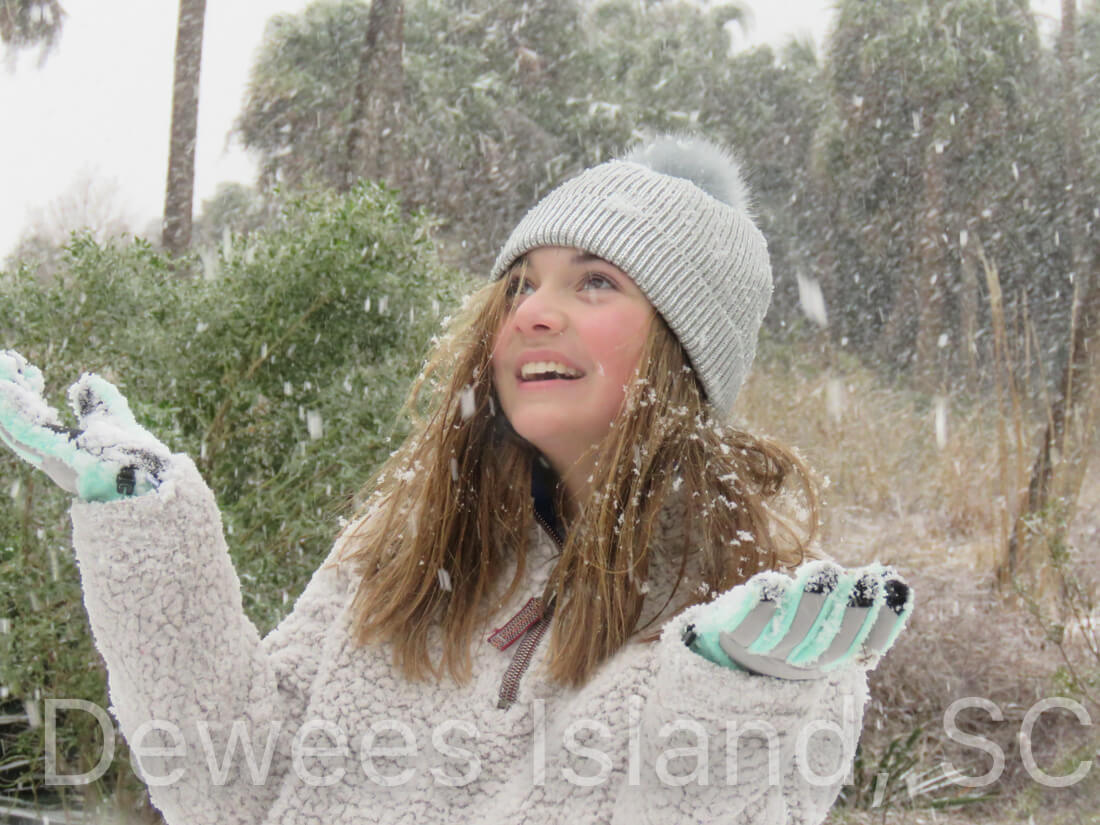 Snow in the South is wonderful. It has a kind of magic and mystery that it has nowhere else. And the reason for this is that it comes to people of the South not as a grim, unyielding tenant of Winter’s keep, but as a strange and wild visitor from the secret North.* 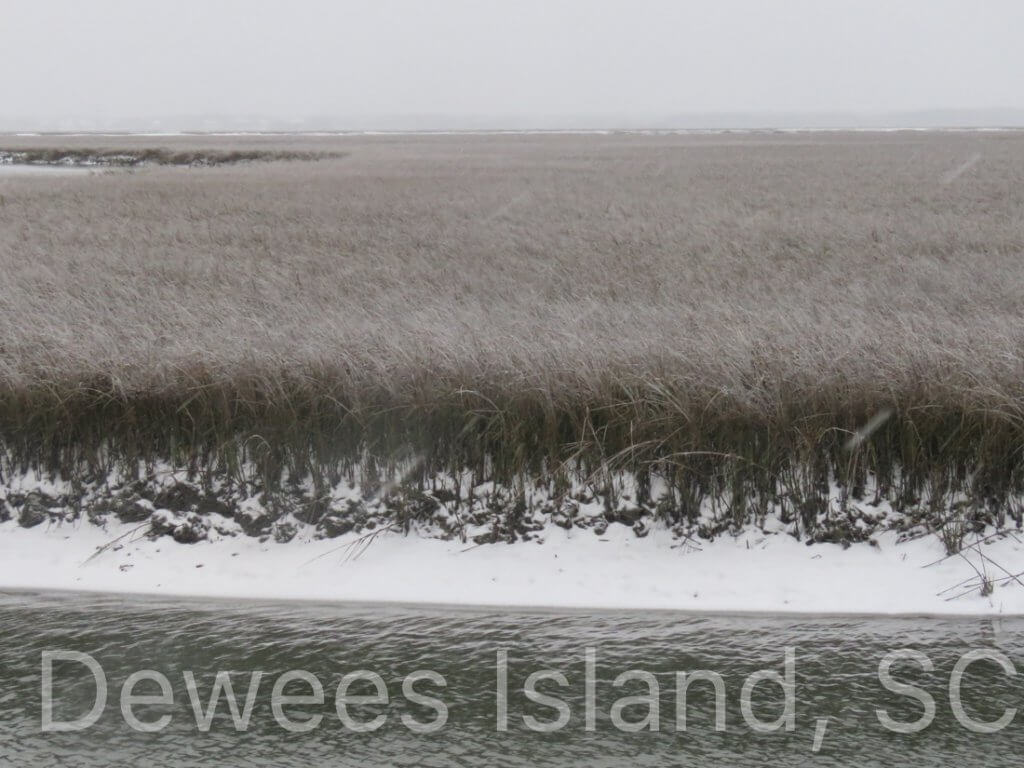 It’s a rare thing, a snow day on Dewees. January 3 2018 gave us the biggest snowfall any of us can remember and some of the coldest temps in 60 years. It’s taken me a few days to get this stuff posted, because we’re either outside reveling in this crazy snowfall, warming up, or sleeping off the exhaustion. Dewees was treated to a rare winter storm this week.  Sure, there are challenges: most houses are not insulated for this kind of cold, pipes freezing, water lines freezing, the possibility of no power, road and bridge closures elsewhere in Charleston mean the ferry staff can’t safely get to work, etc. And let’s not forget the fact that golf carts don’t have snow tires! But those are largely solvable, and there is something about a snowstorm that brings out the kid in each of us.

The kids were not supposed to be at school until Thursday, but once the forecast looked like we might actually see precipitation, they first moved the date to Friday and now Tuesday, so we have plenty of time to enjoy a few more days of vacation.  Truth be told, we were skeptical… once the forecast called for more than 2 inches of snow (which would be more than we’ve ever seen here) we figured being surrounded by water would minimize that and we’d get mostly ice, like we did in 2014. Or snow that didn’t really stick around, like in 2010. To our incredulous delight, we were wrong! We started with beautiful ice, and then got to experience fluffy flakes and accumulating snow for hours on Wednesday. 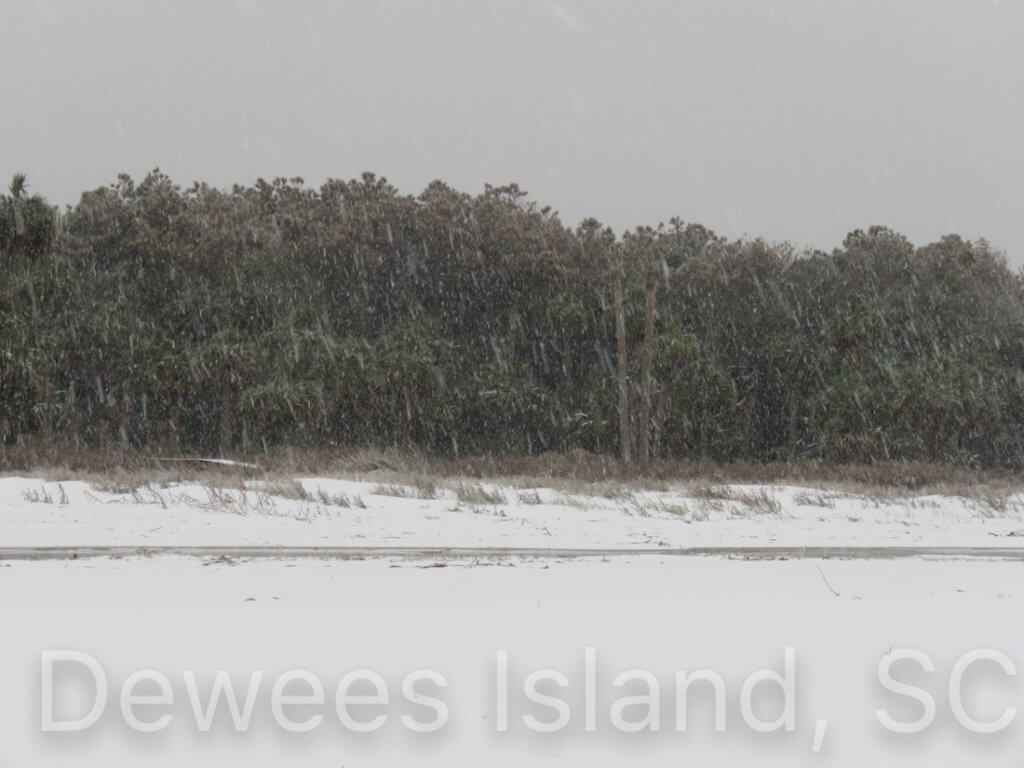 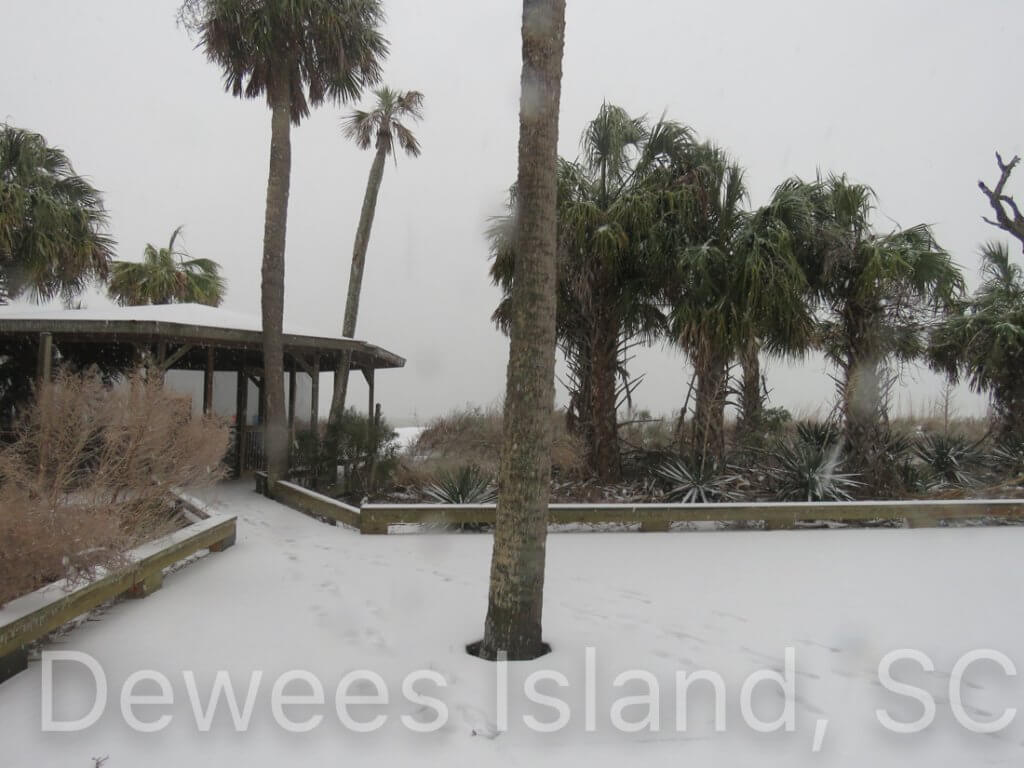 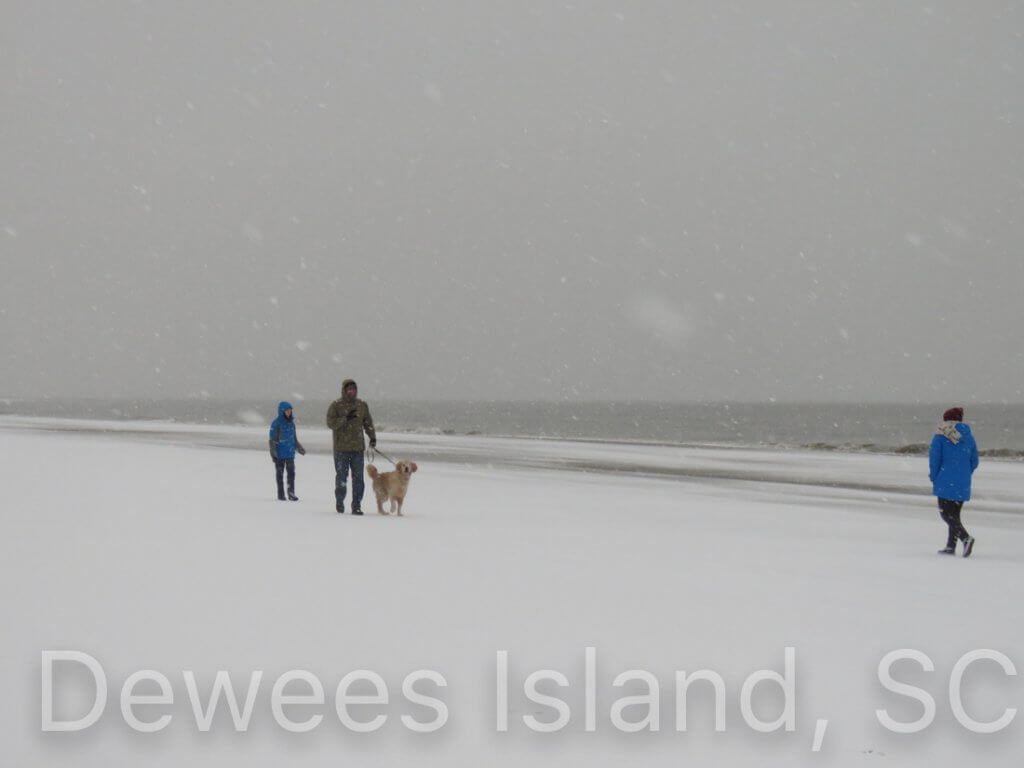 Meeting friends on the beach… 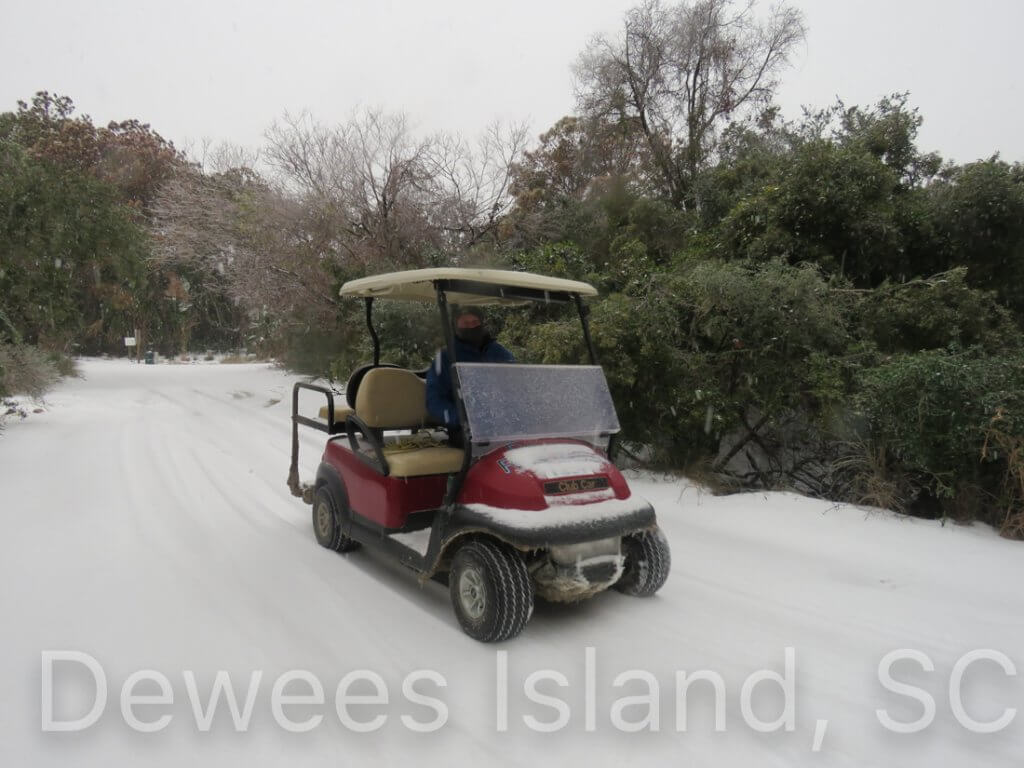 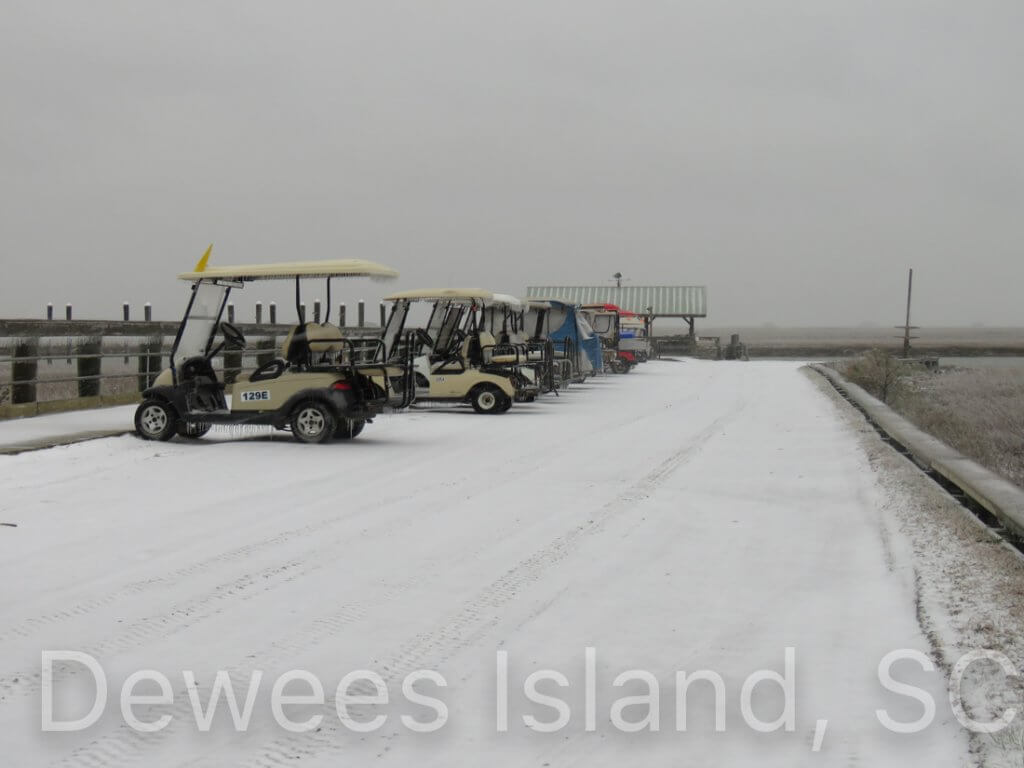 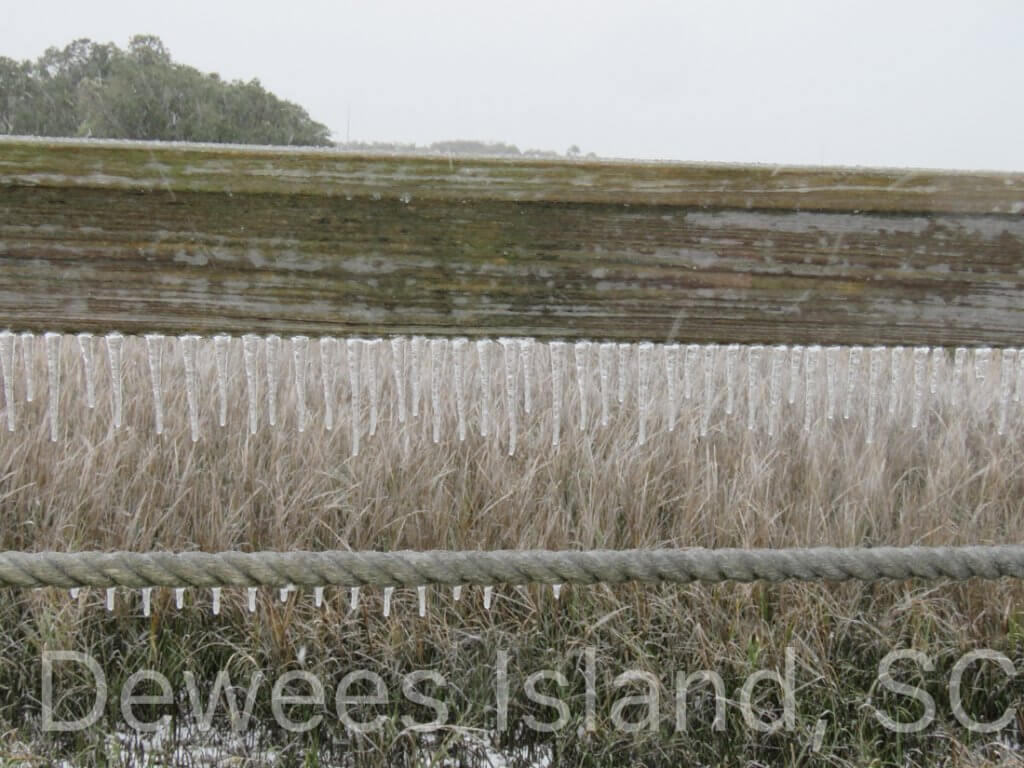 So naturally, we had to get out and play: 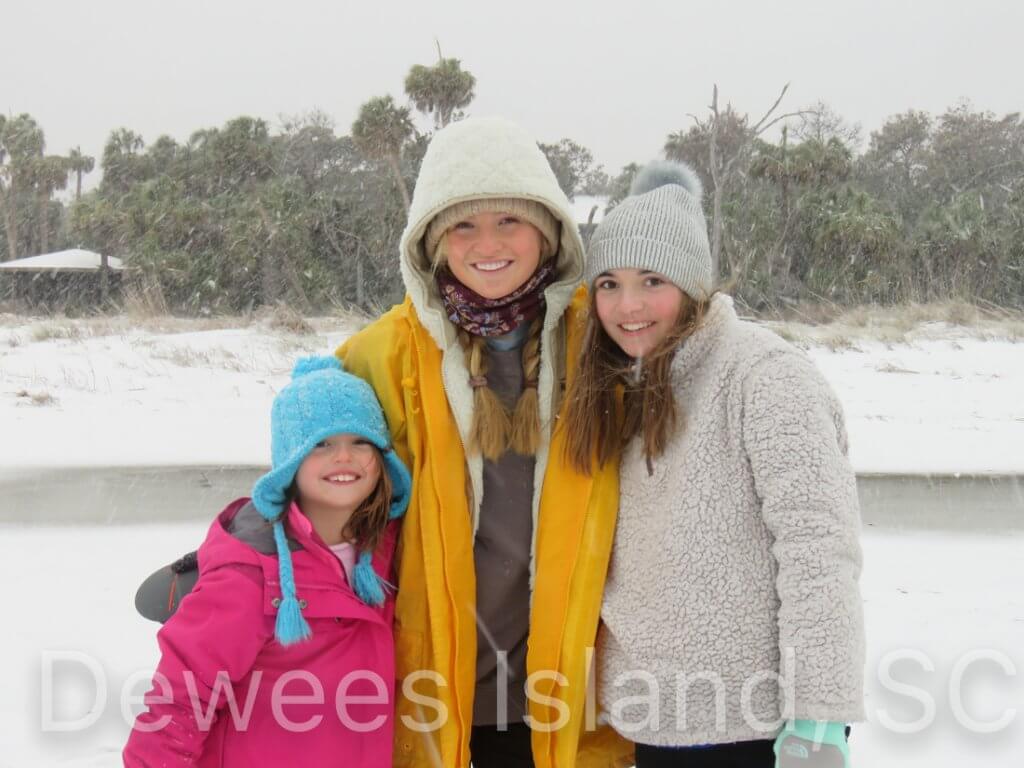 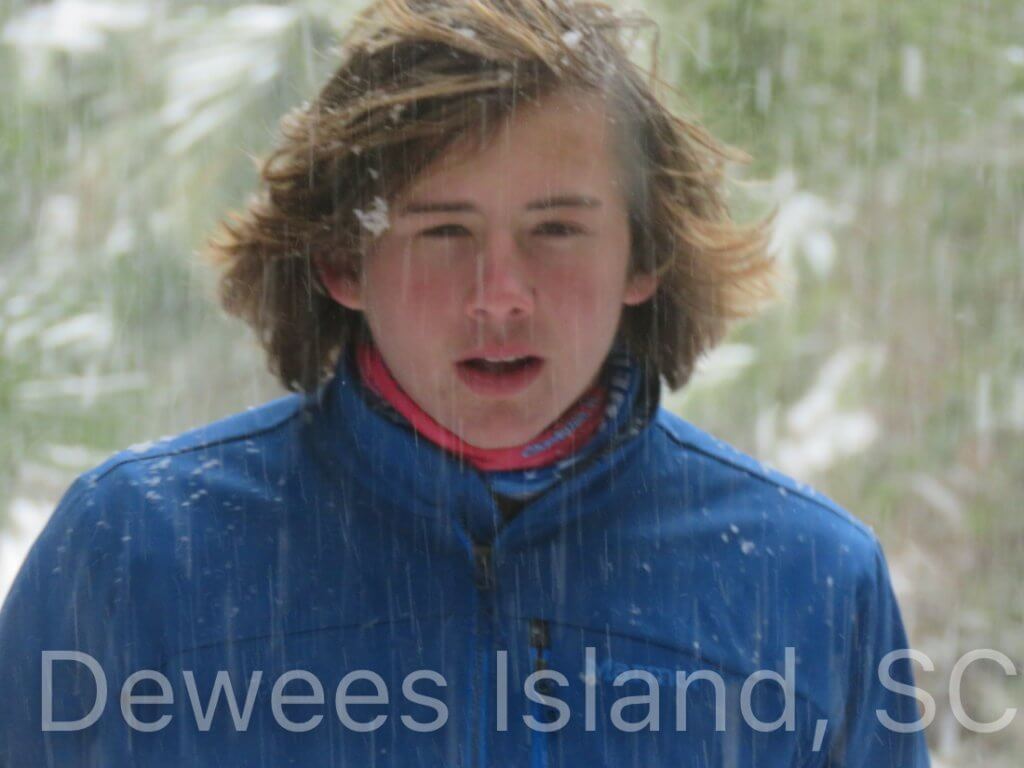 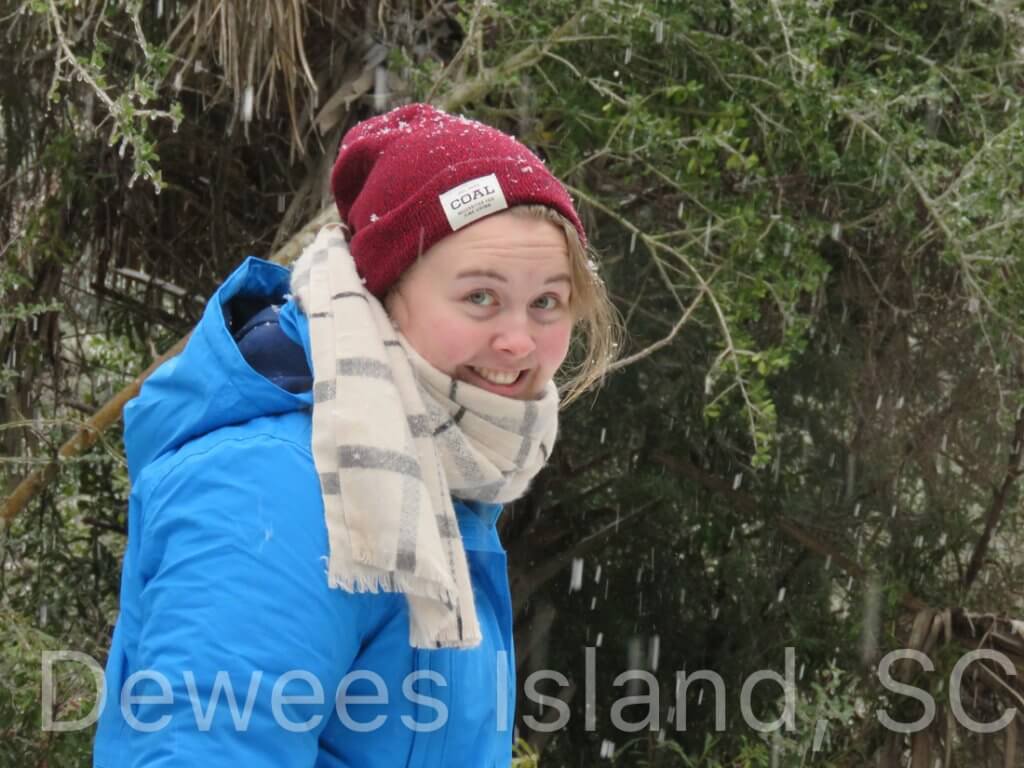 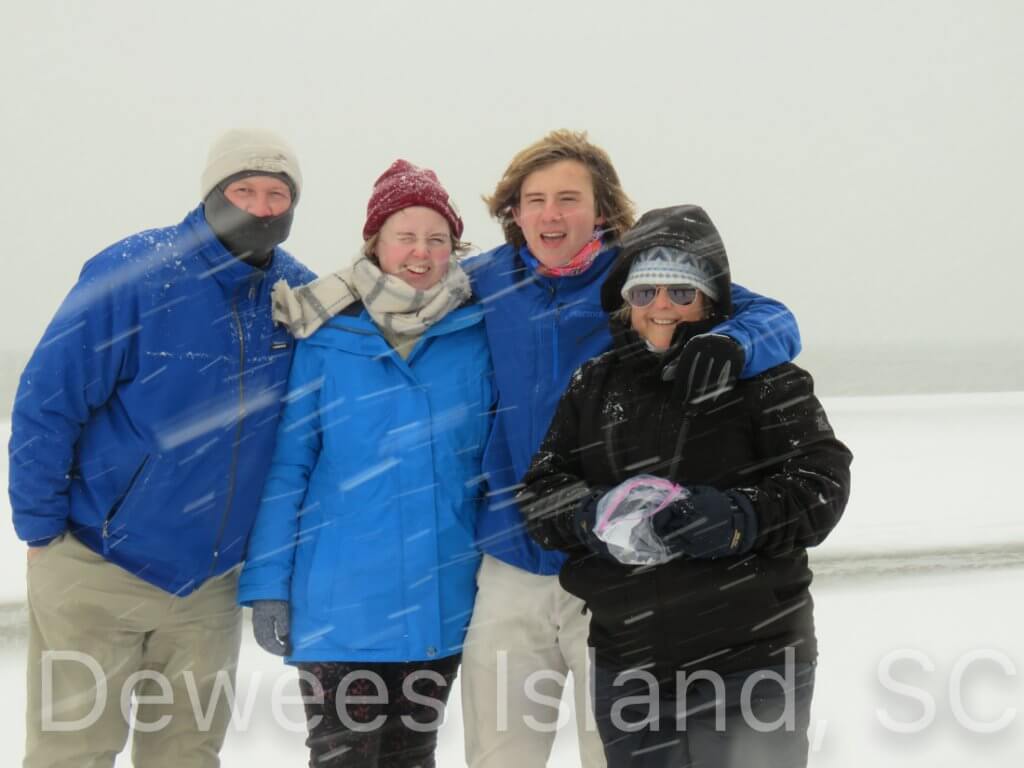 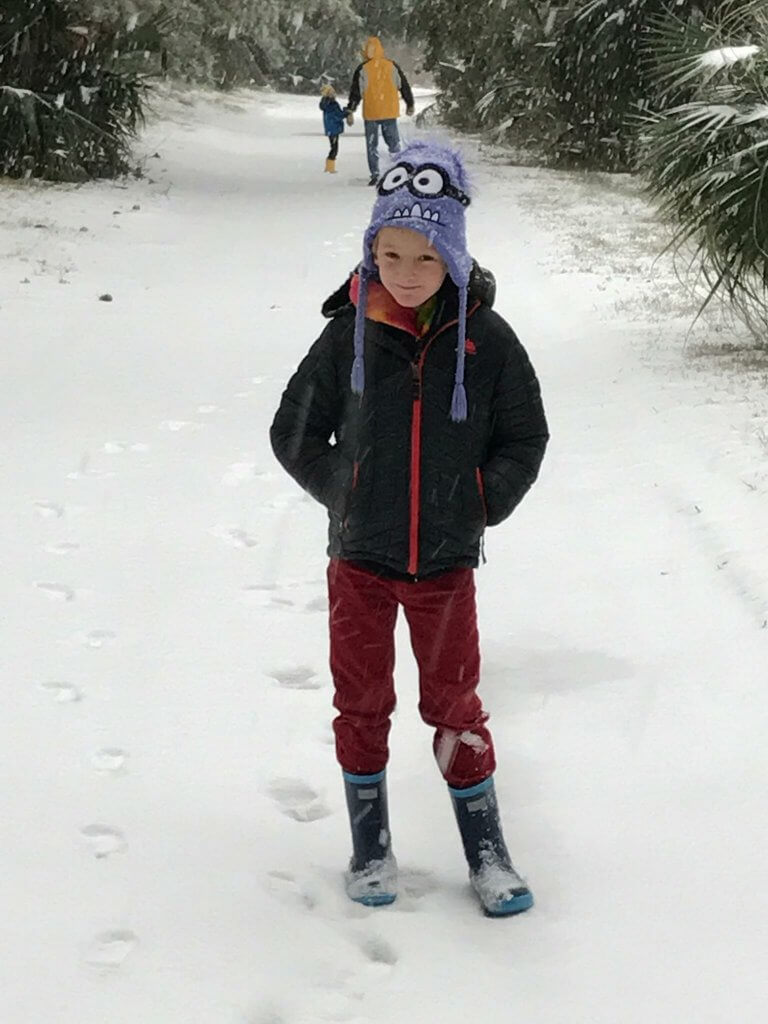 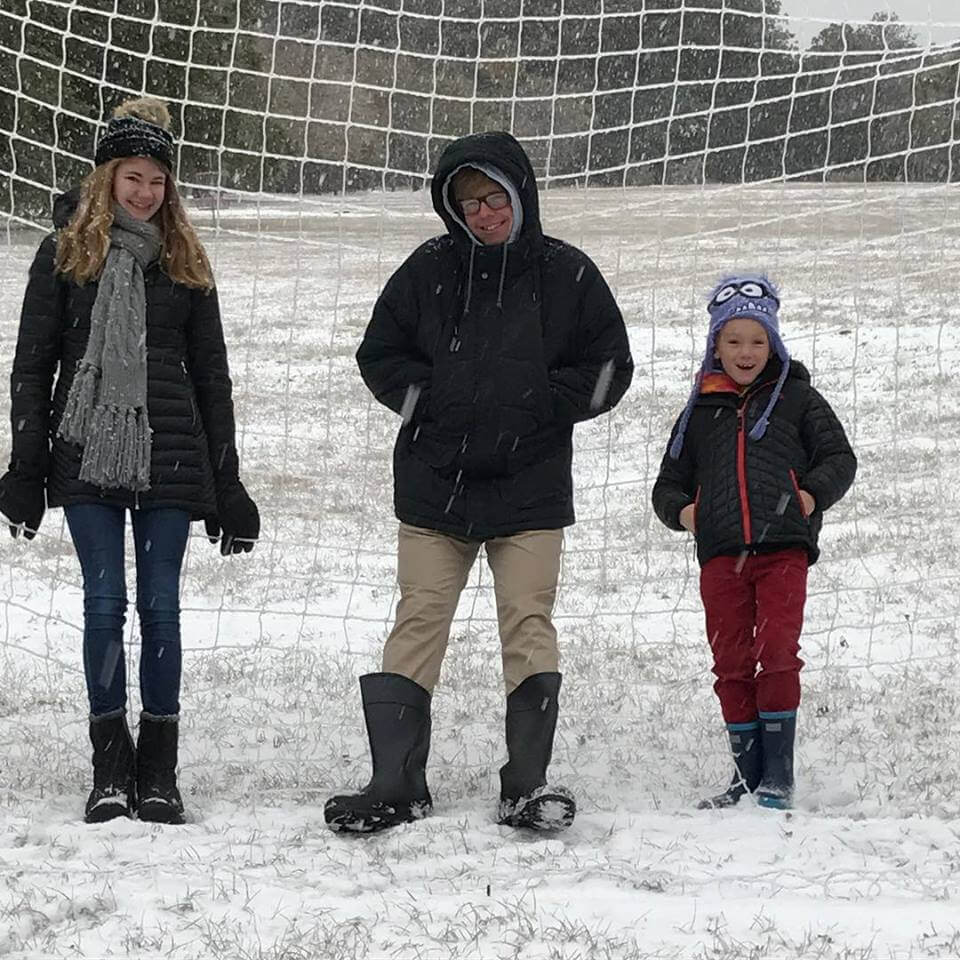 On Thursday, the sun rose on something I have never seen before: a frozen impoundment. 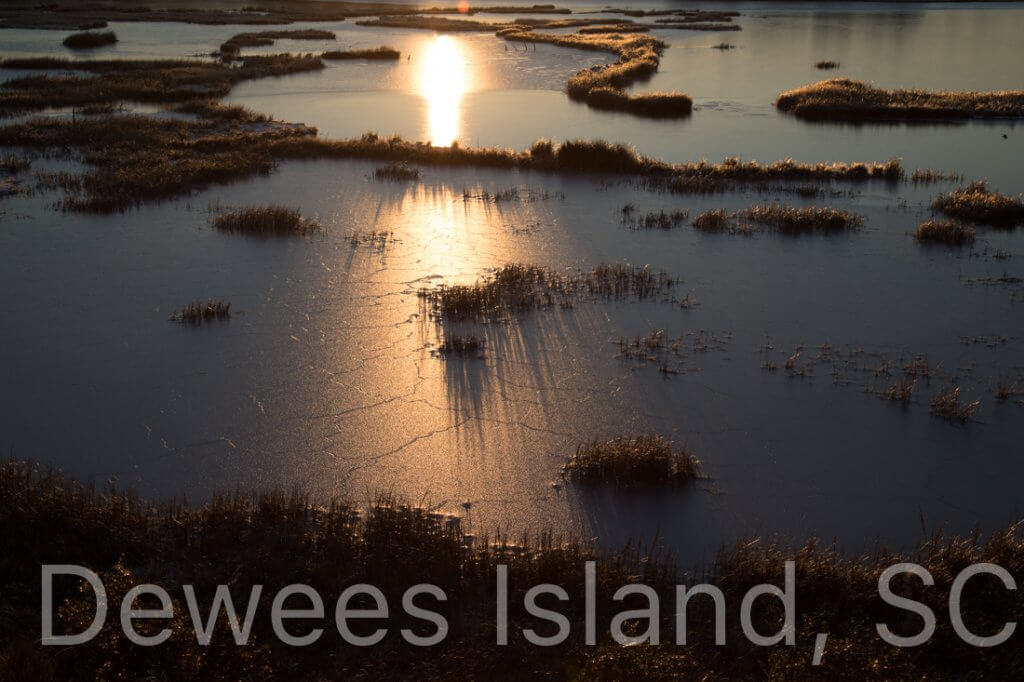 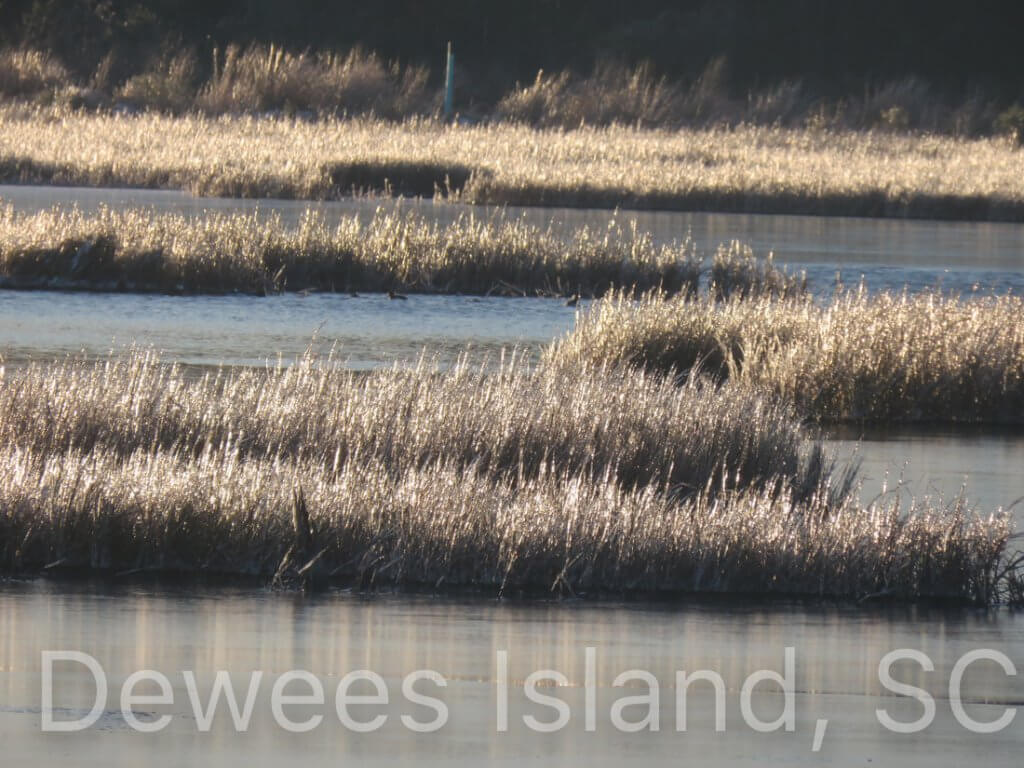 But the sun provided us with some gorgeous backdrops to make the ice, and icicles sparkle: 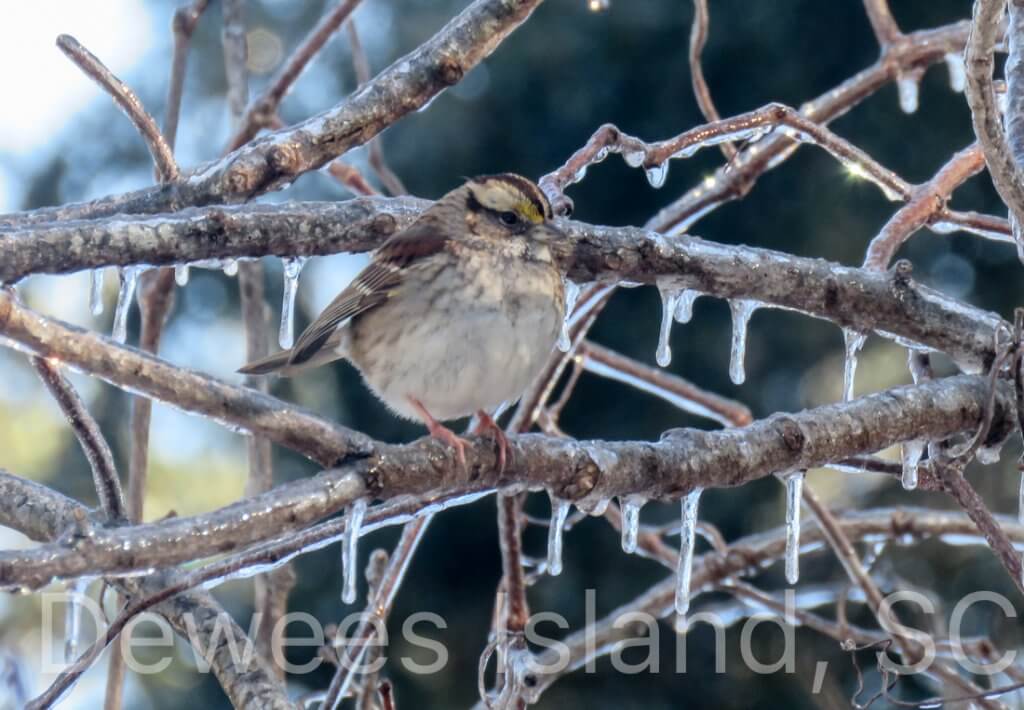 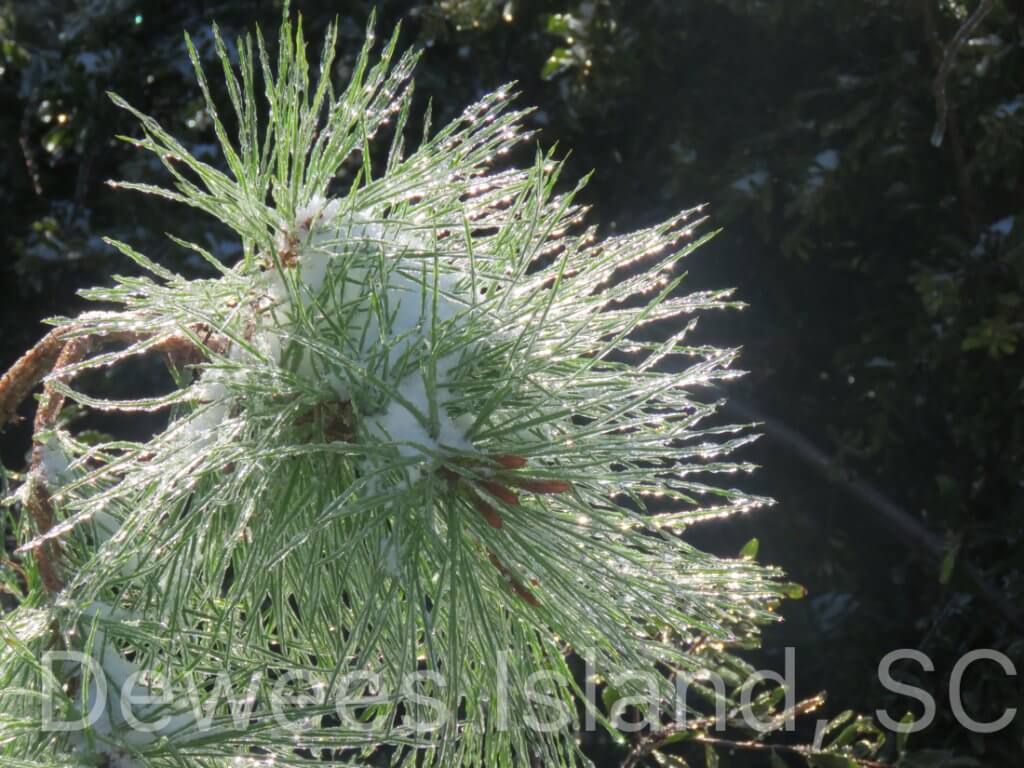 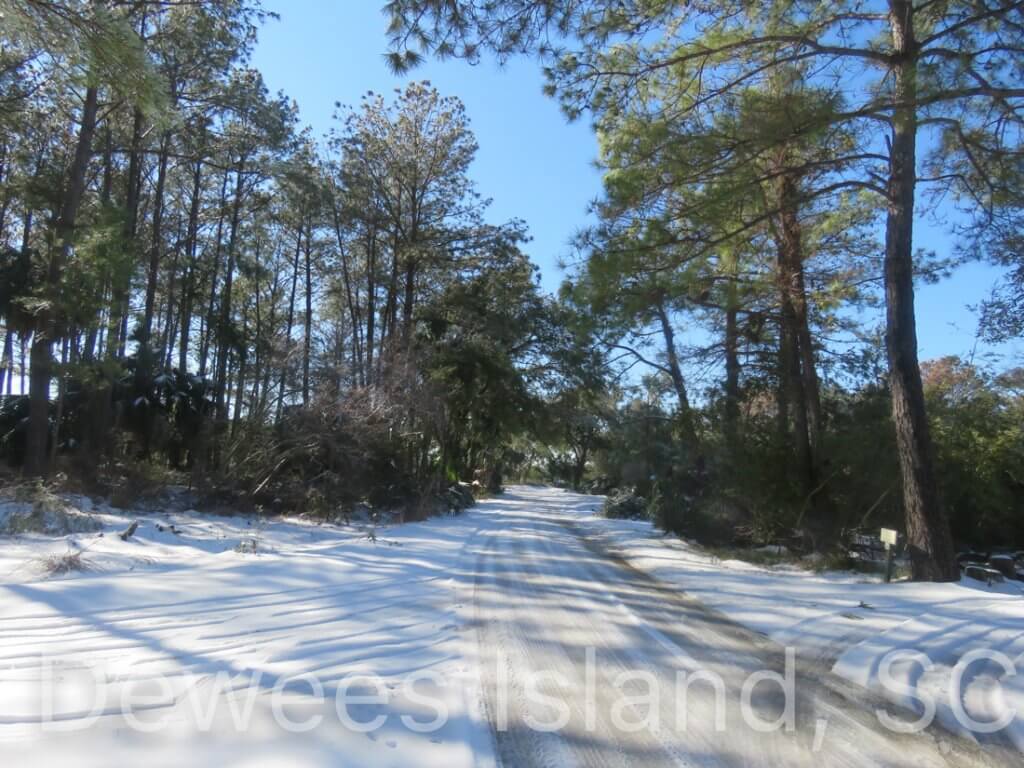 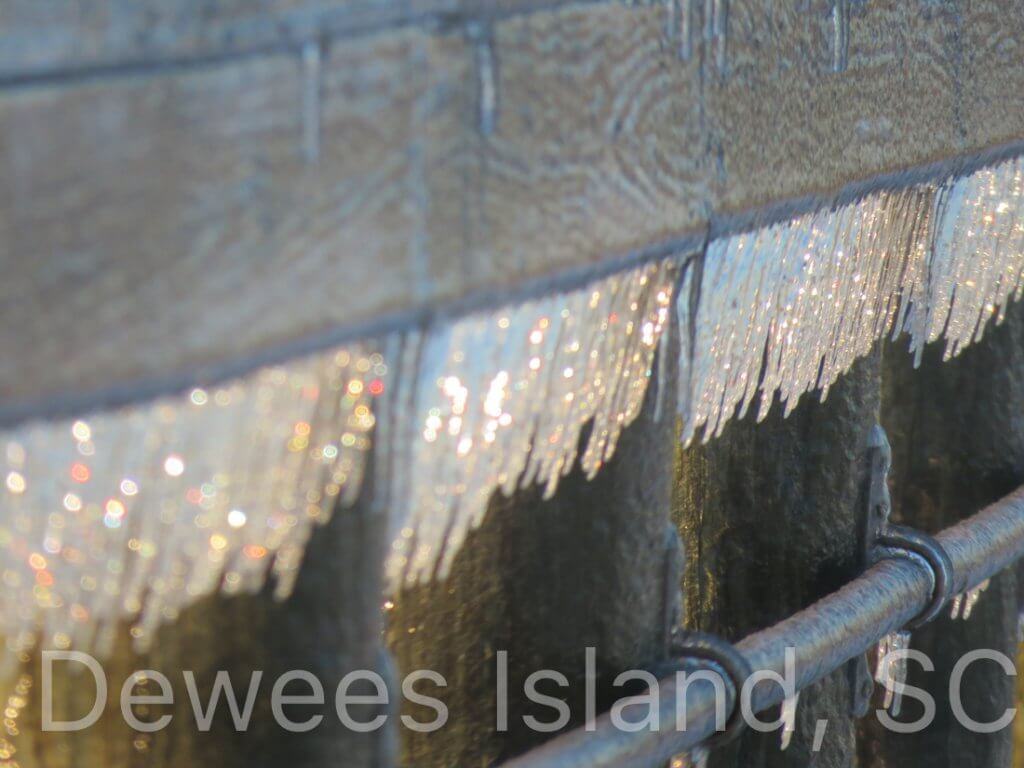 It is truly bizarre and beautiful to see familiar landscapes utterly transformed by snow: 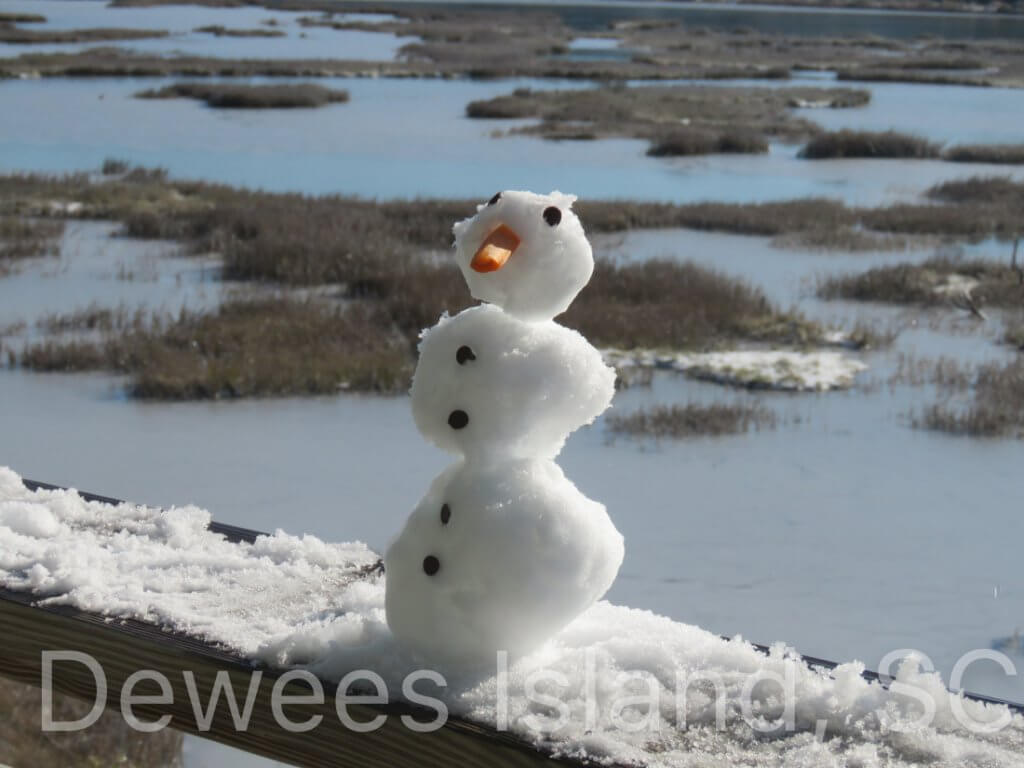 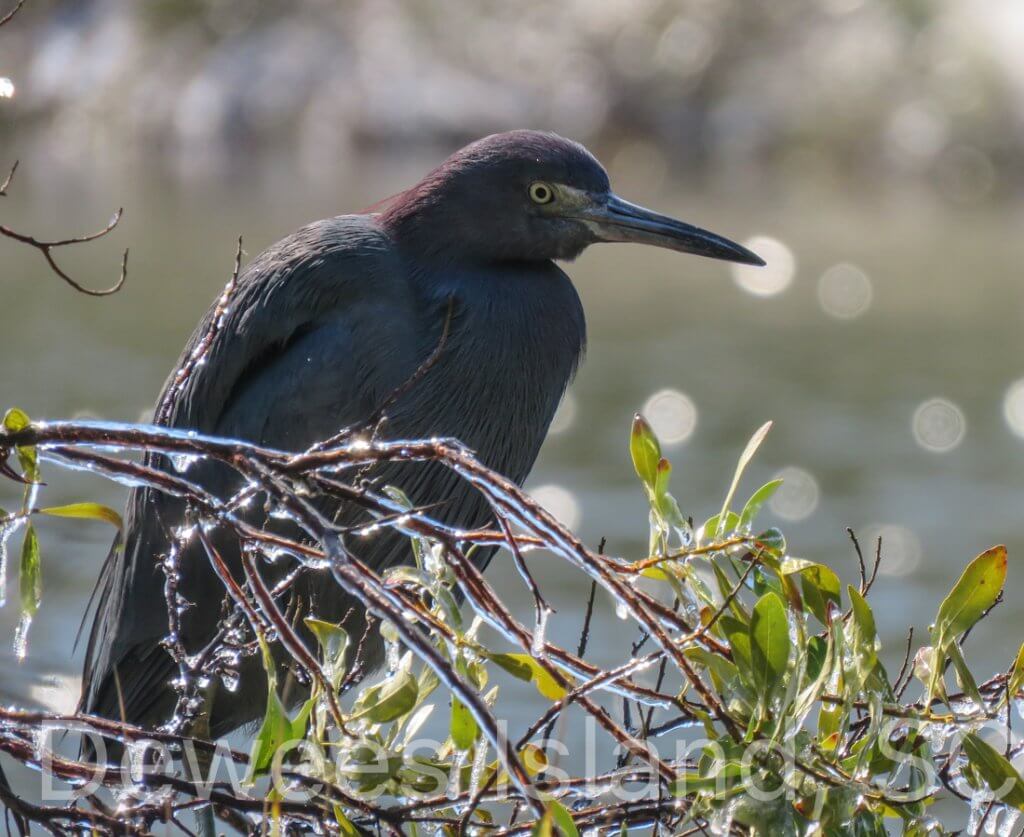 As it melted, it hung together better so we could experiment with snow people and animals: 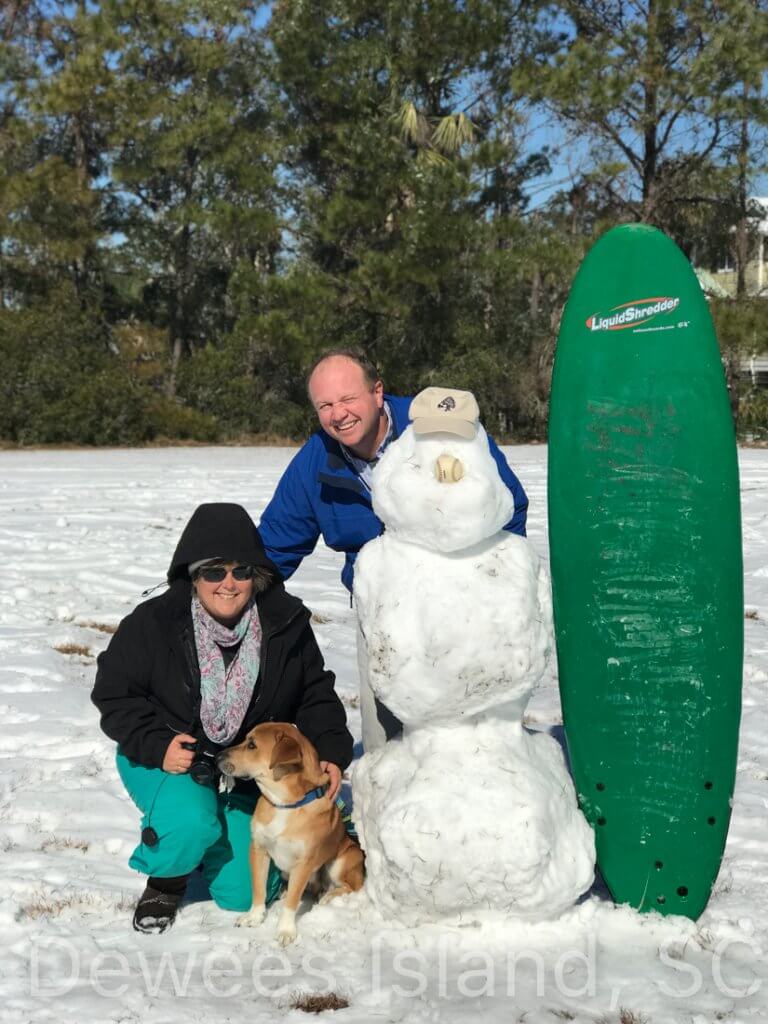 Some of us gathered up at the helicopter pad to throw snowballs, try surfing on snow, etc. 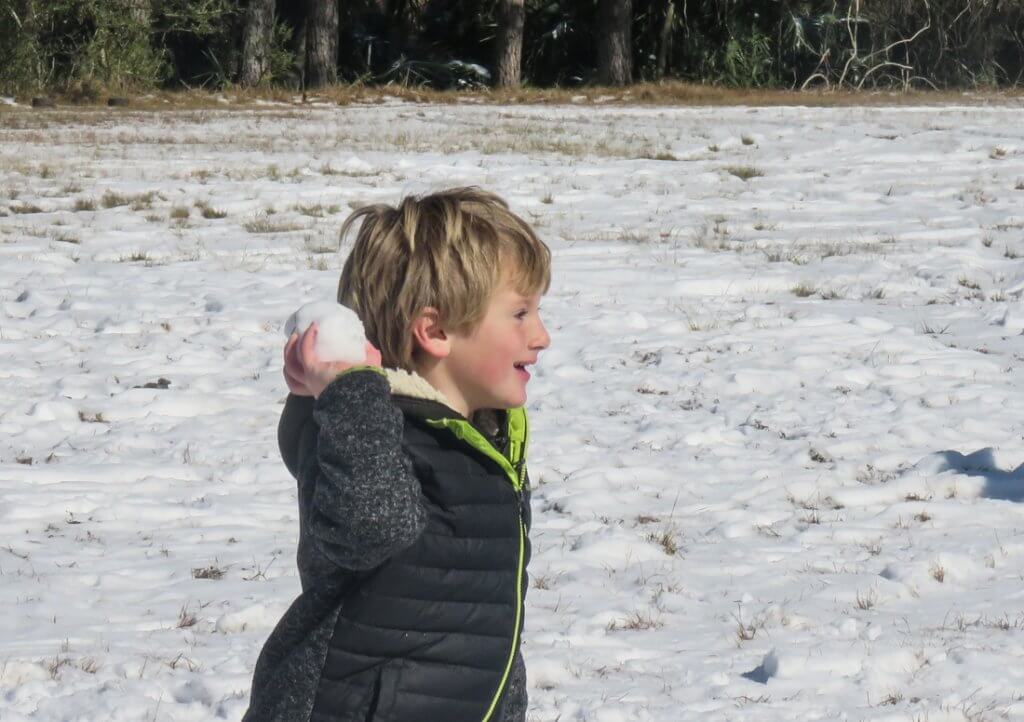 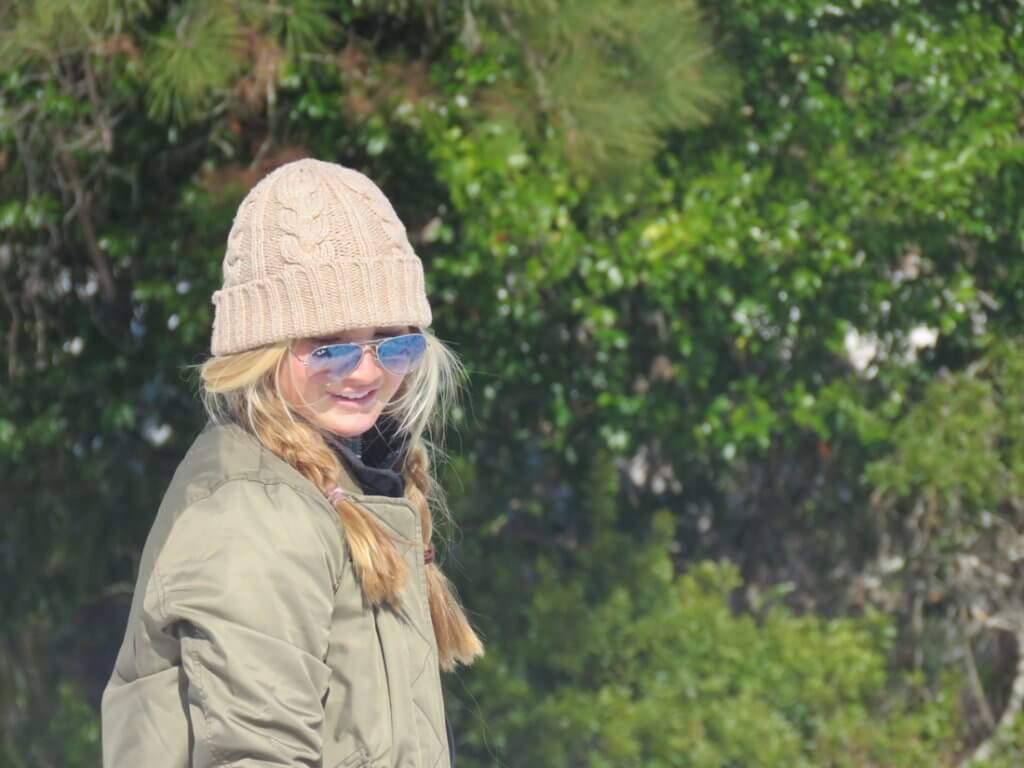 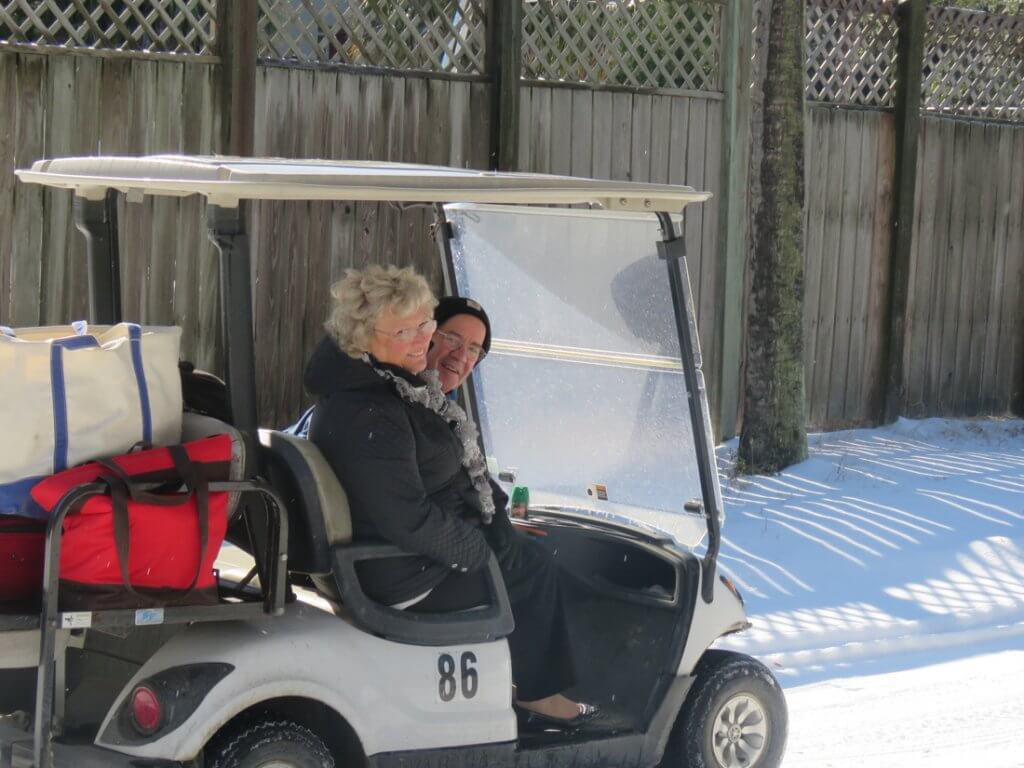 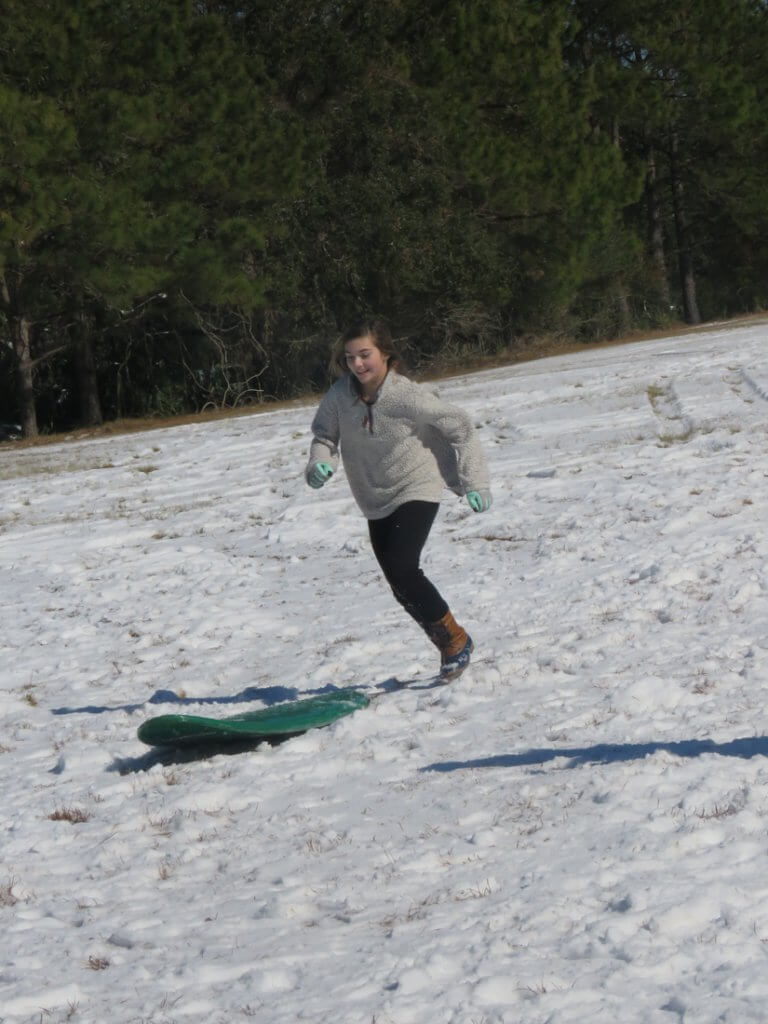 Here’s a quick video of some of the action: 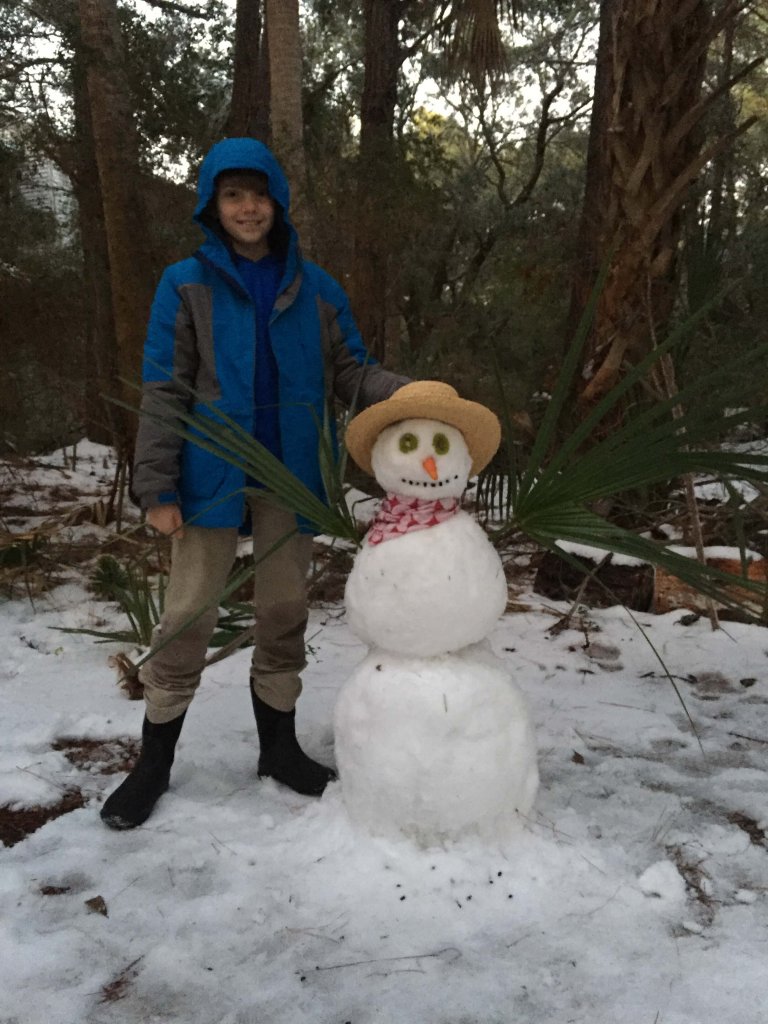 If you have your own storm stories or snapshots, please share in the comments or send them to us.  We’ll be playing: with no school until at least Tuesday and the Charleston airport saying they will not open until Monday… it’s an adventure!  Happy winter, y’all.

*My friend and colleague Kristen Badger Walker, who is working on the sweetest downtown Charleston luxury penthouses, posted that quote from Thomas Wolfe yesterday on her facebook page.  If there is a chance you’re looking for luxury living downtown (the perfect complement to a Dewees abode), let me connect you to her.

Octopus at the Dock