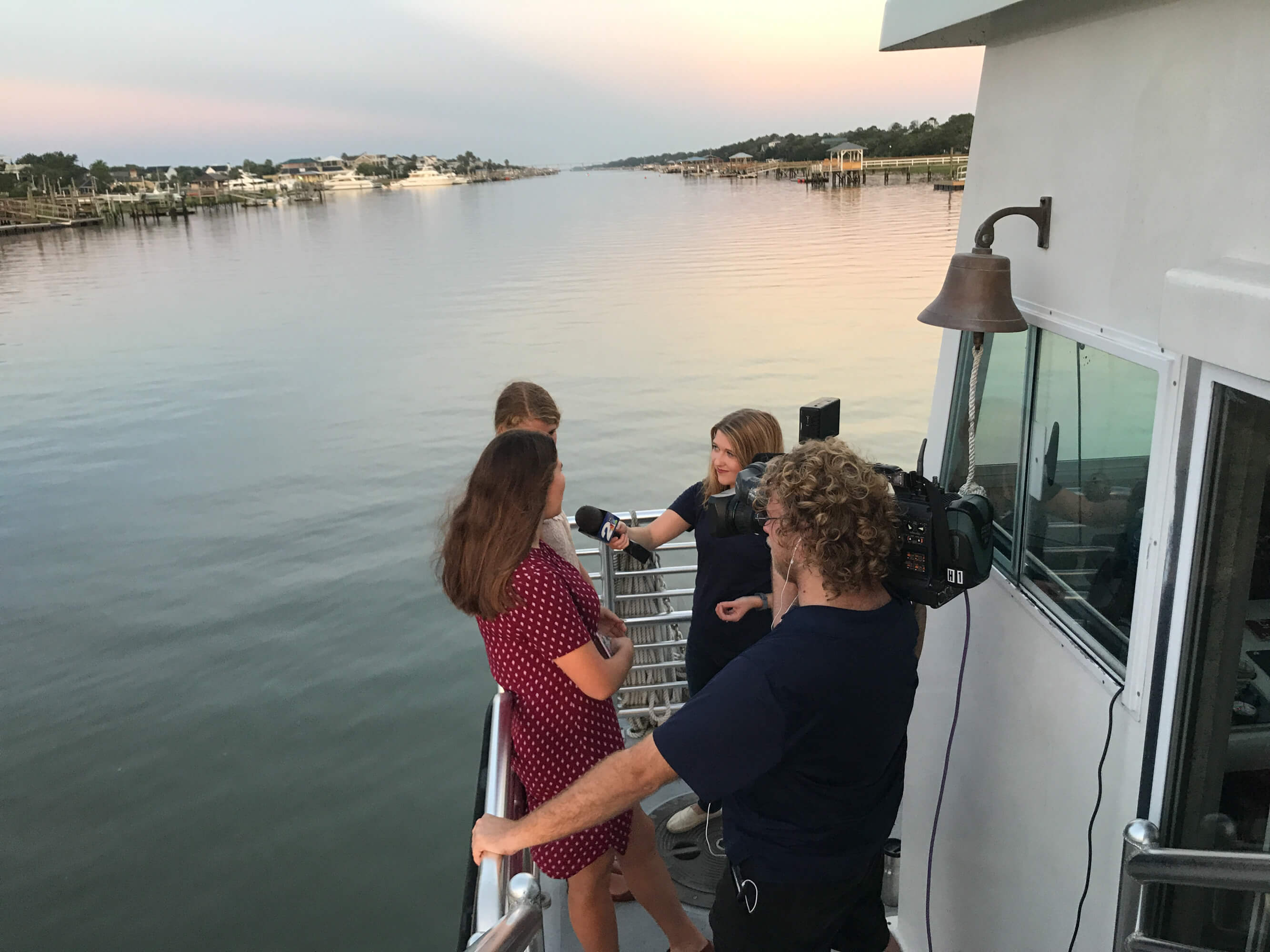 Claudia gave me a lift over to the dock so I could ride along as a gorgeous crescent moon lit up the sky, along with some stars. 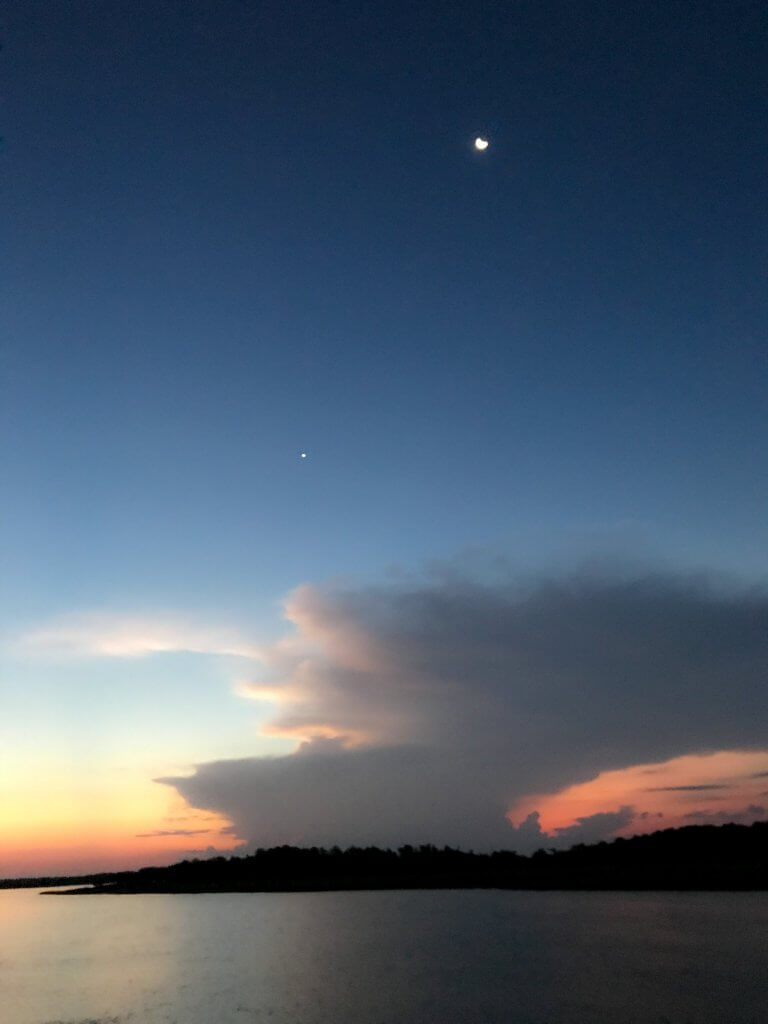 The news crew was waiting, and Captain Rich and Joey were ready for the first day of school. As the 6:00 ferry pulled out, the sunrise backlit the cameraman, Chris. 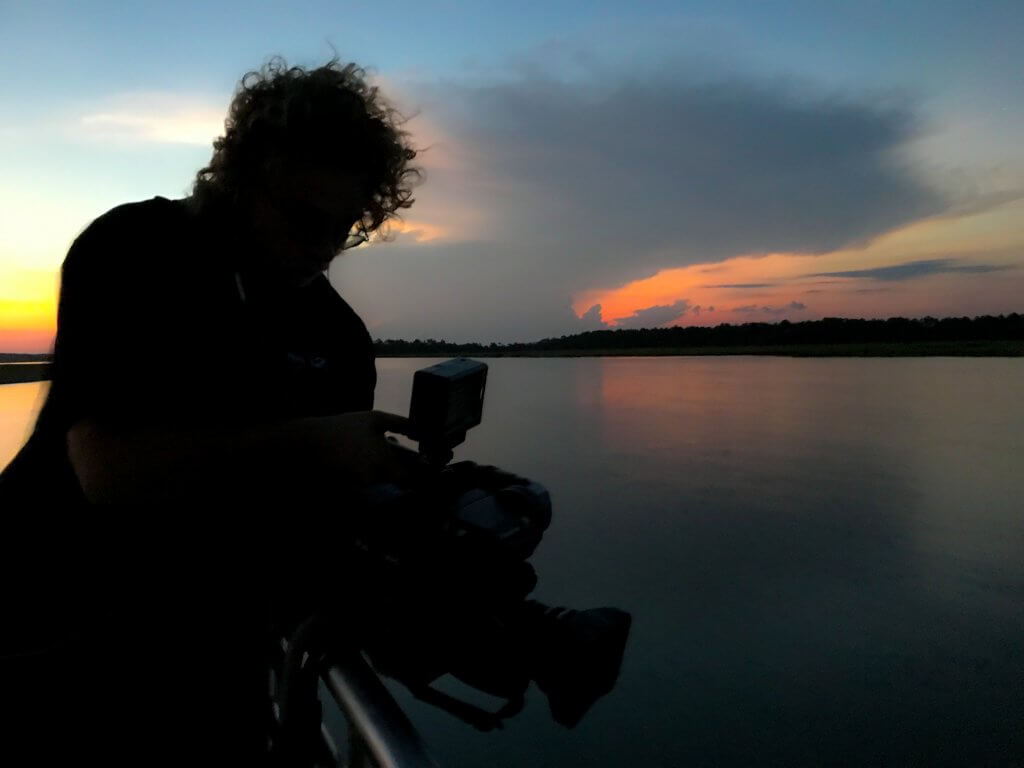 He was setting up the camera to capture the sunrise on the waterway. 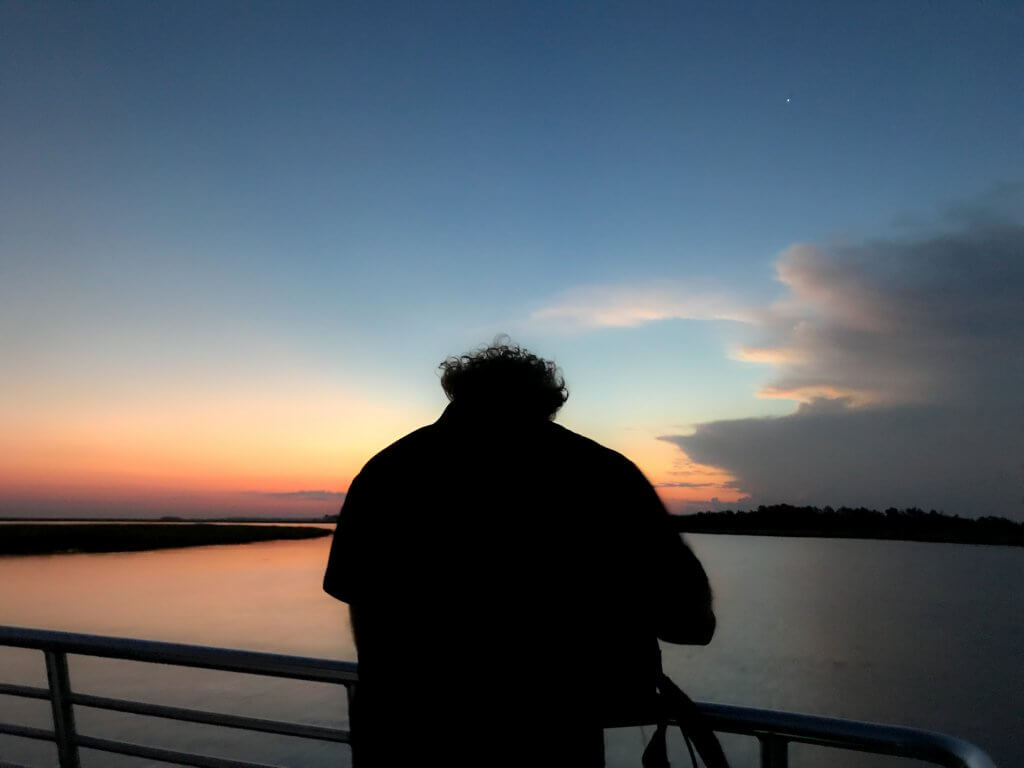 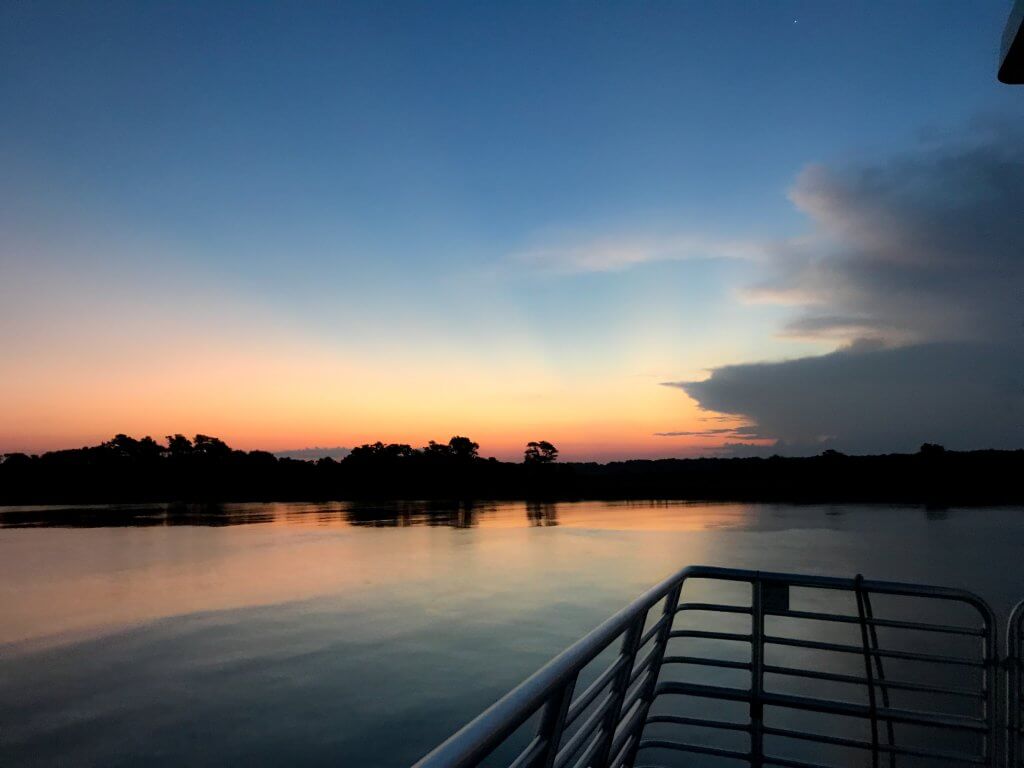 When we approached the dock, it was really exciting to see all the kids and families waiting there for the first boat. 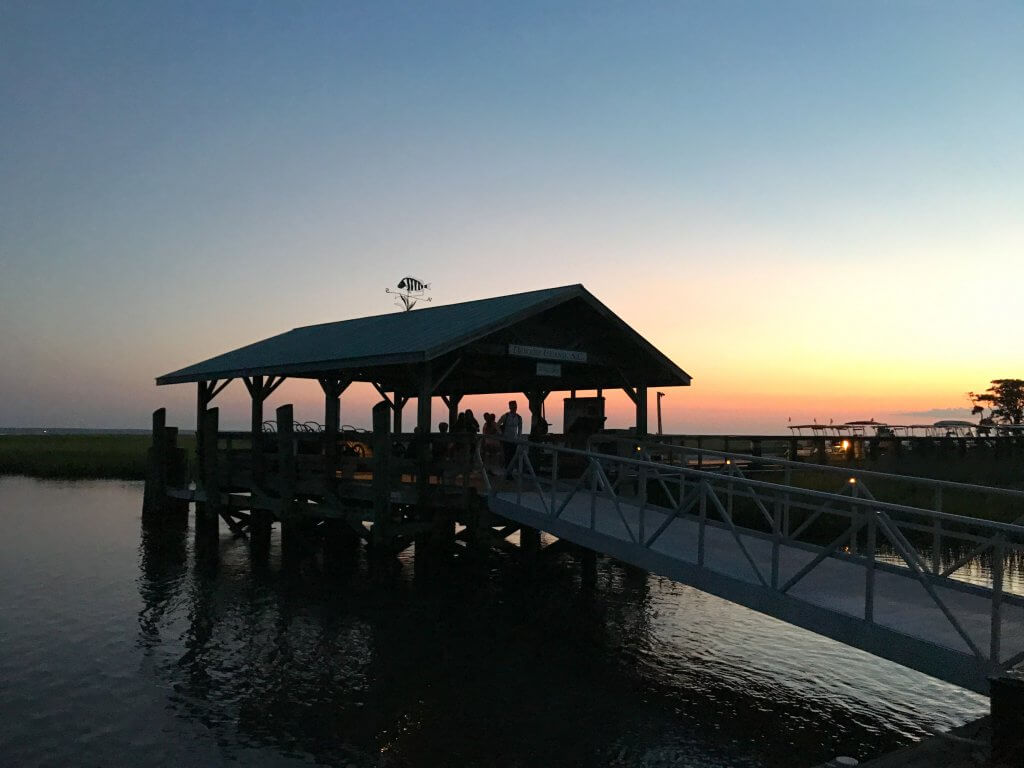 The inside of the ferry was full of the excited greetings of neighbors! 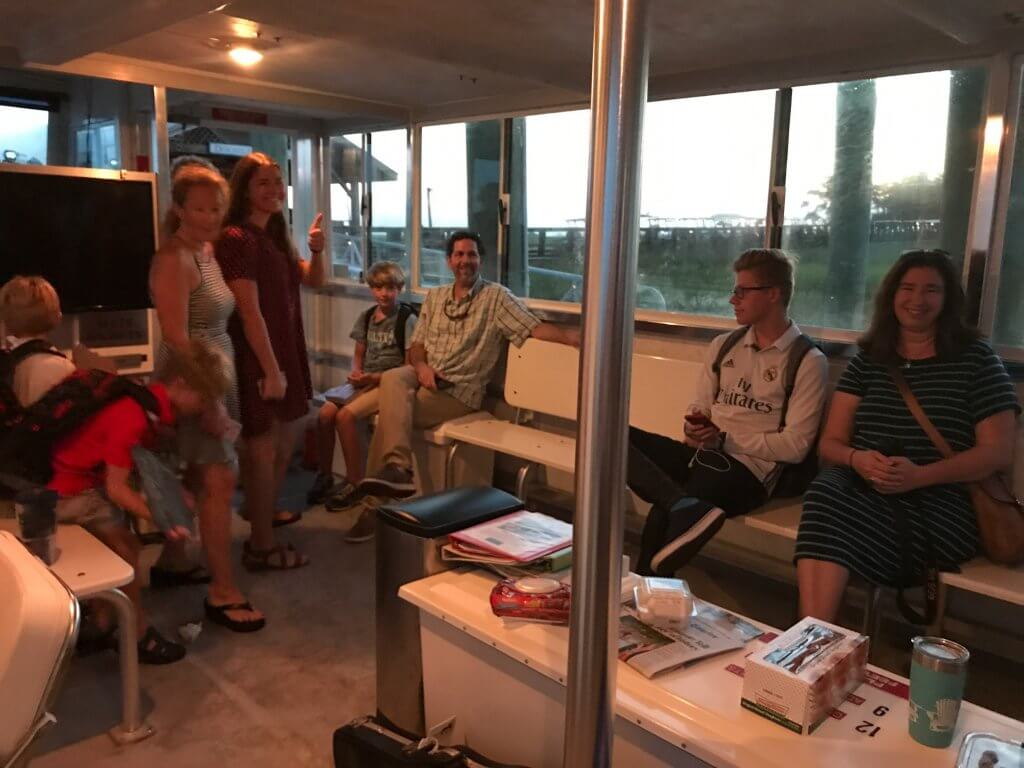 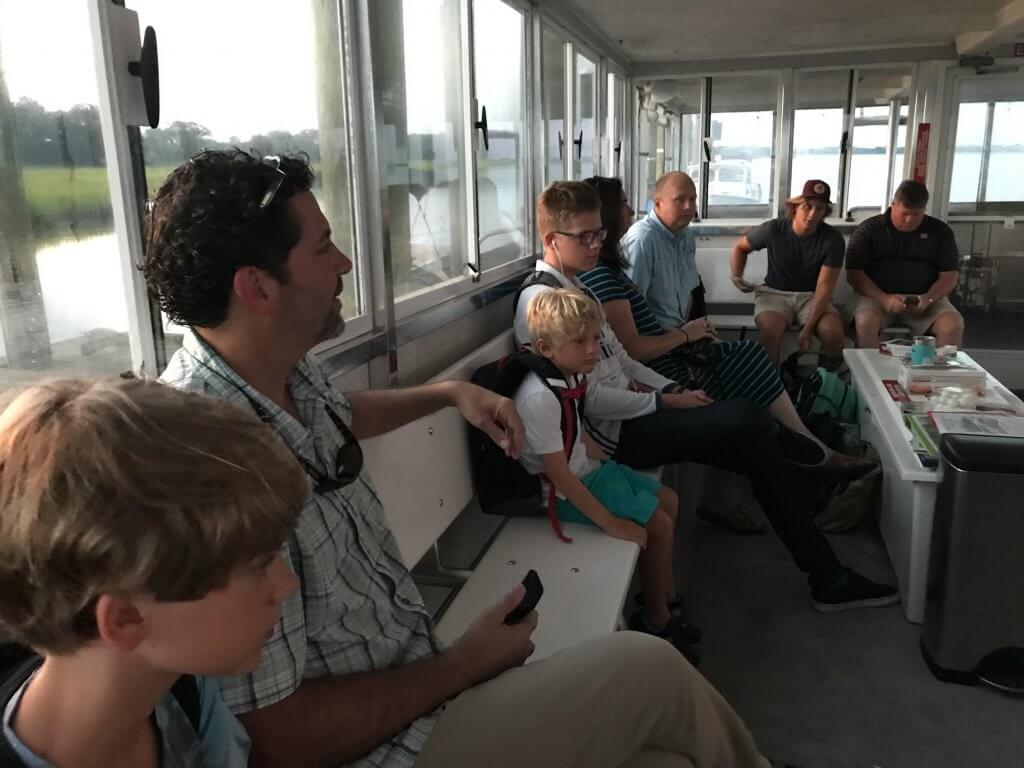 There was even a veritable buffet of breakfast goodies on the boat. 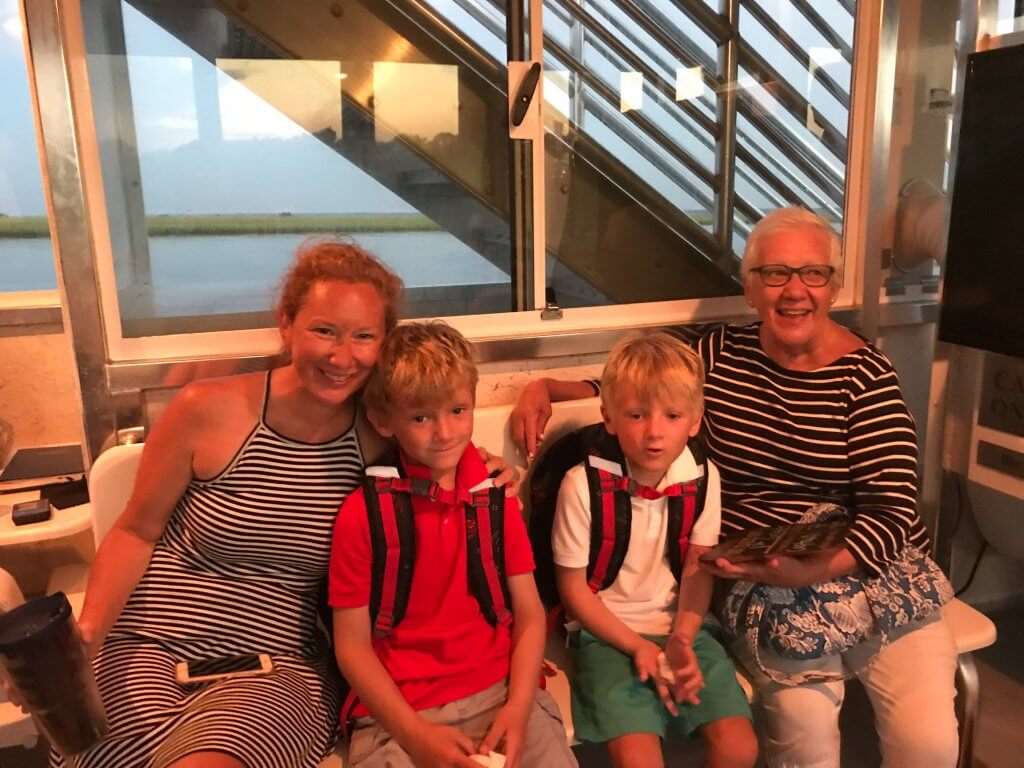 For some kids, it was a day of firsts.  Ian was headed to first grade, his first school day from Dewees, and his brother Cole was off to the first day of kindergarten at Sullivan’s Island Elementary school. 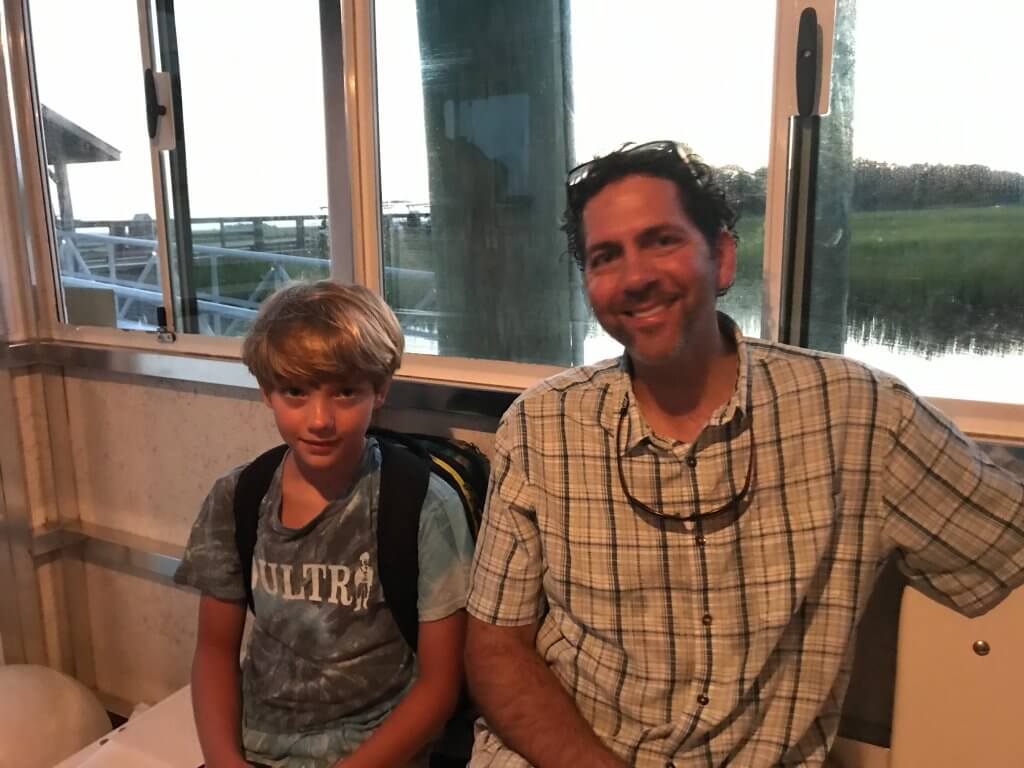 Sam was off to Moultrie Middle.  The high schoolers on the island go to Oceanside Academy,  Wando,  the School of the Arts,  and Ashley Hall.  We are totally excited to see that many kids on the ferry~ it’s the most we’ve ever known to leave Dewees for school.  And it was really fun to have News 2 aboard.  Last fall, we published this post about staying connected, and we’ve also mentioned them in this post. 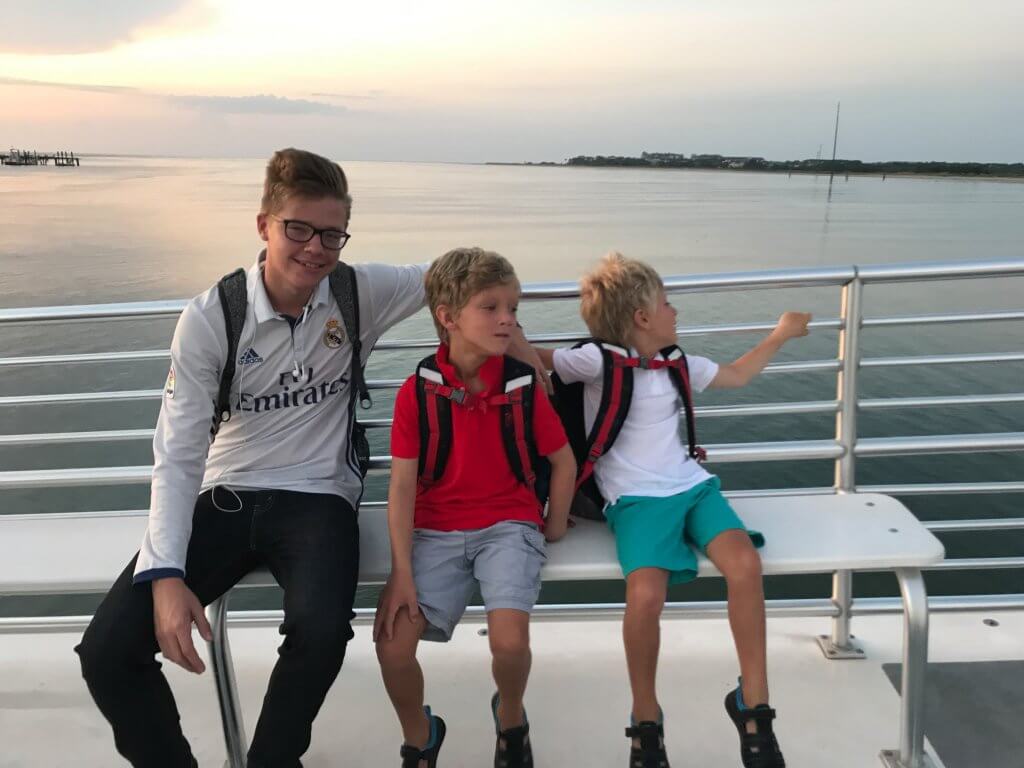 Mayci McLeod spoke with some of the students from the bow of the Dewees Islander. 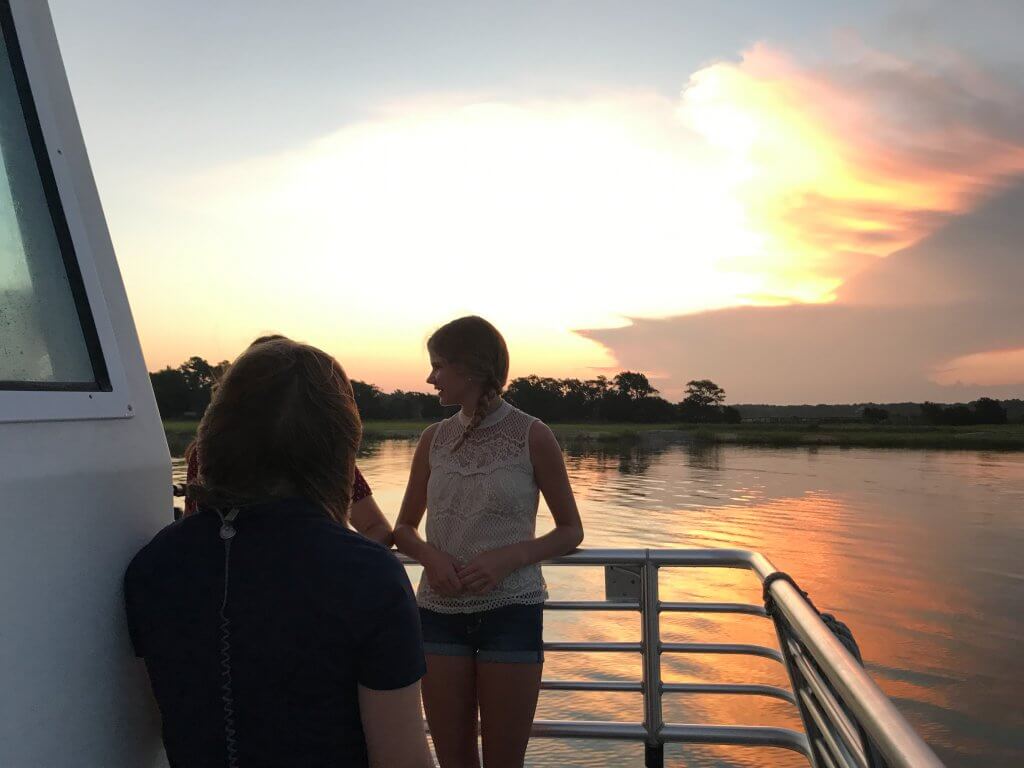 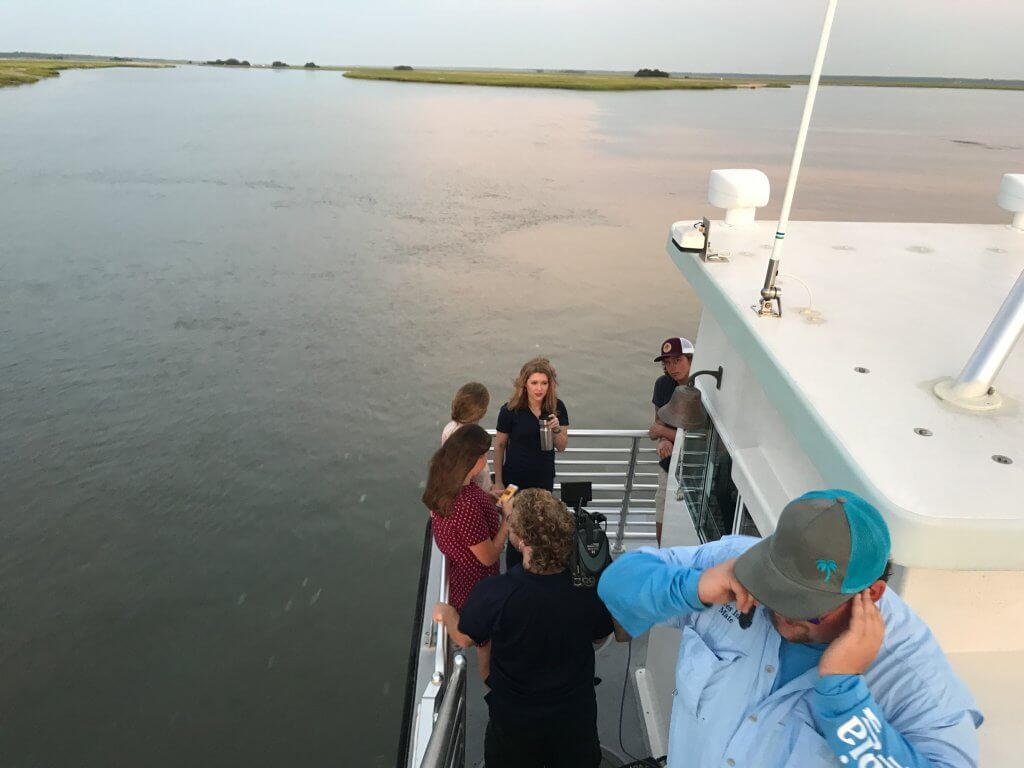 While some of the other kids relaxed and watched the dolphins from the top deck. 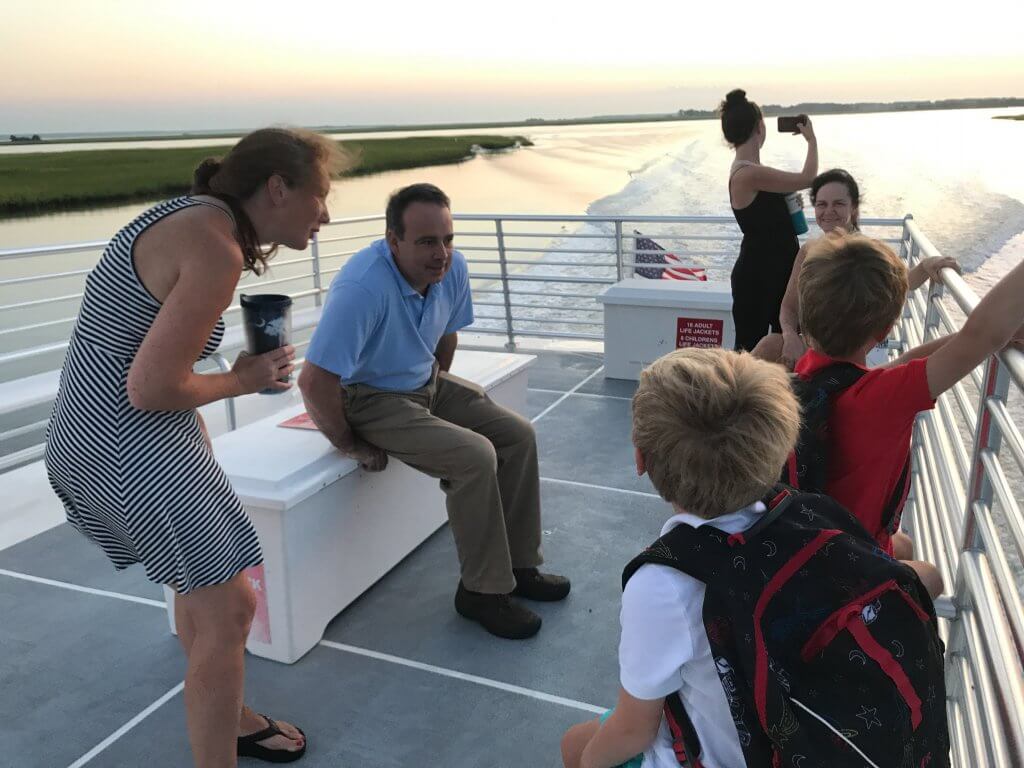 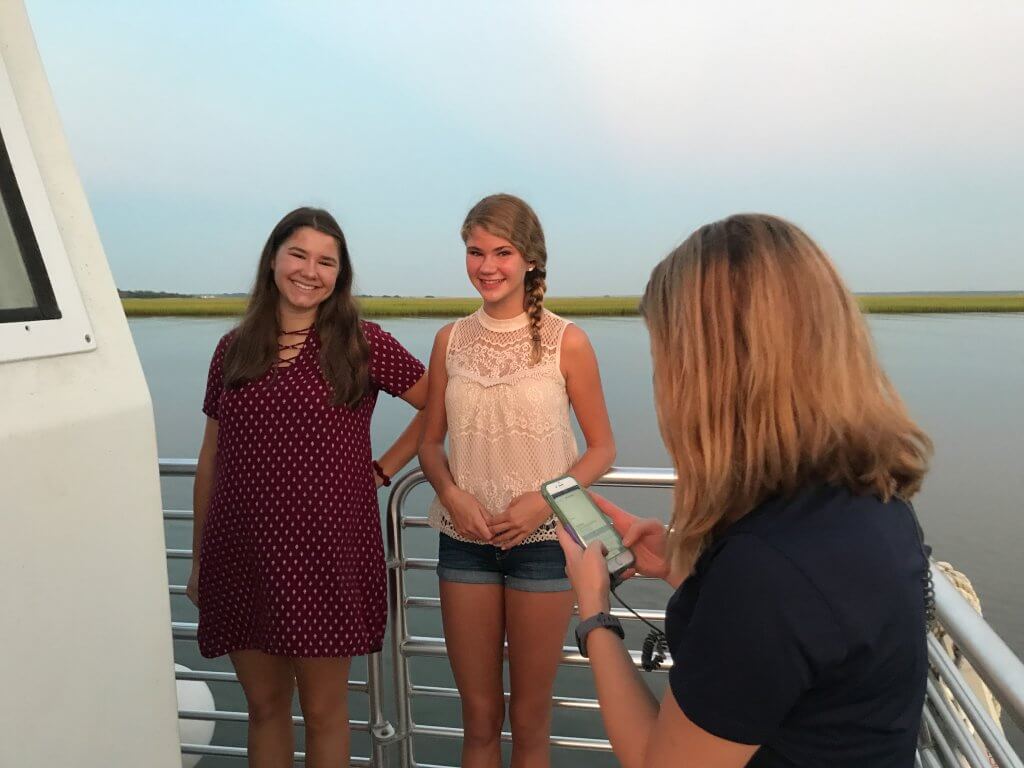 Once the ferry pulls in, the kids disperse different directions to bus stops or rides to school. Cole and Ian waited for the Sullivan’s Island School Bus. 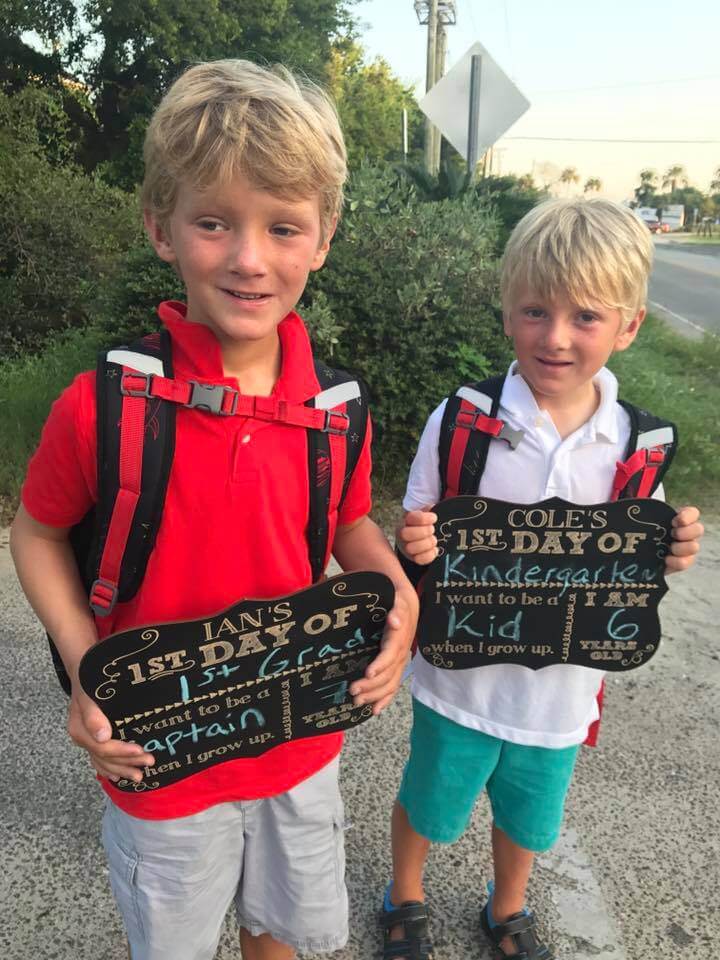 All in all, it was a great first day of the school year! 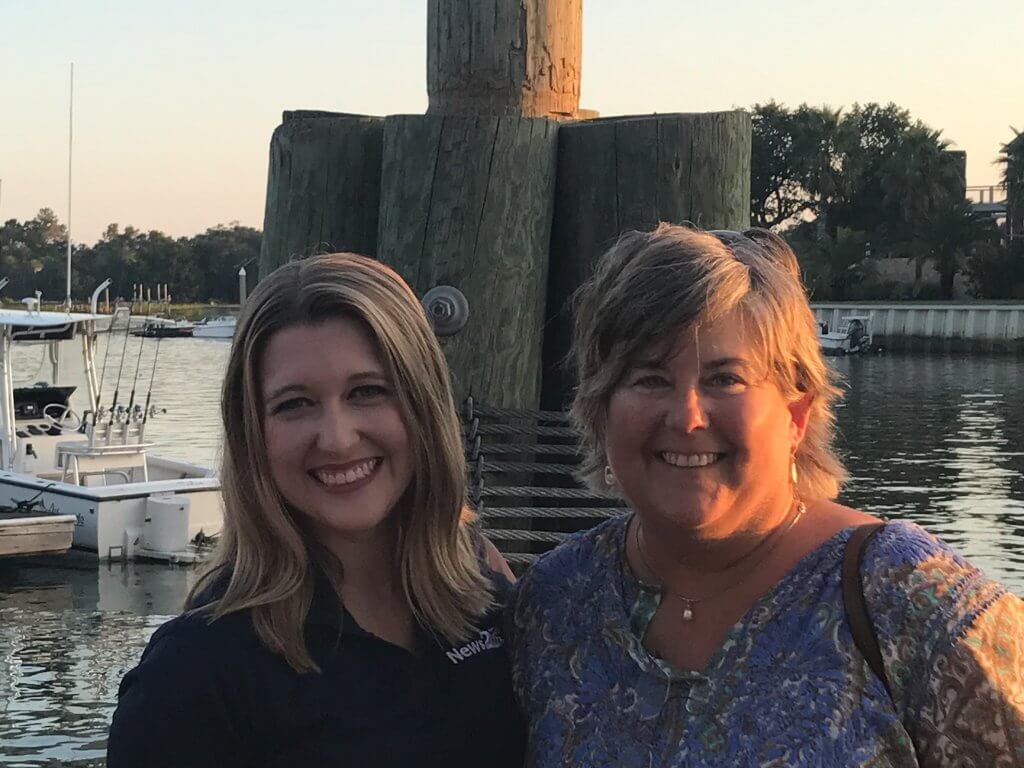