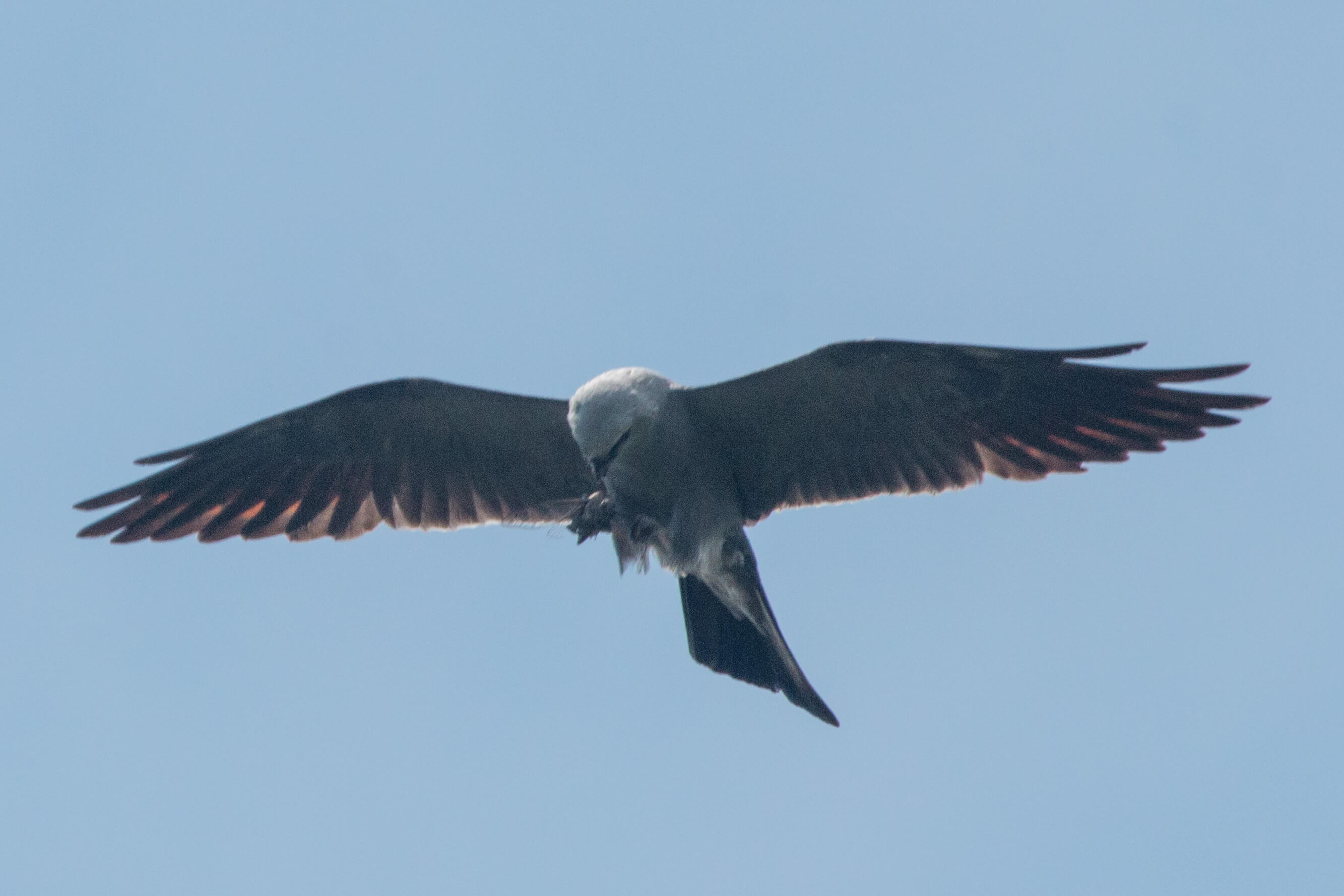 If you’re at the pool, big bend dock, or Old House Lane this week, be sure to look up.  There has been a group of Mississippi Kites overhead, putting on a show, pretty much on a daily basis.  This raptor soars like a falcon on the thermals, and today I saw a total of 13 of them at the same time.  At first glance, they appear to be floating gently along the thermals, almost suspended in the air. 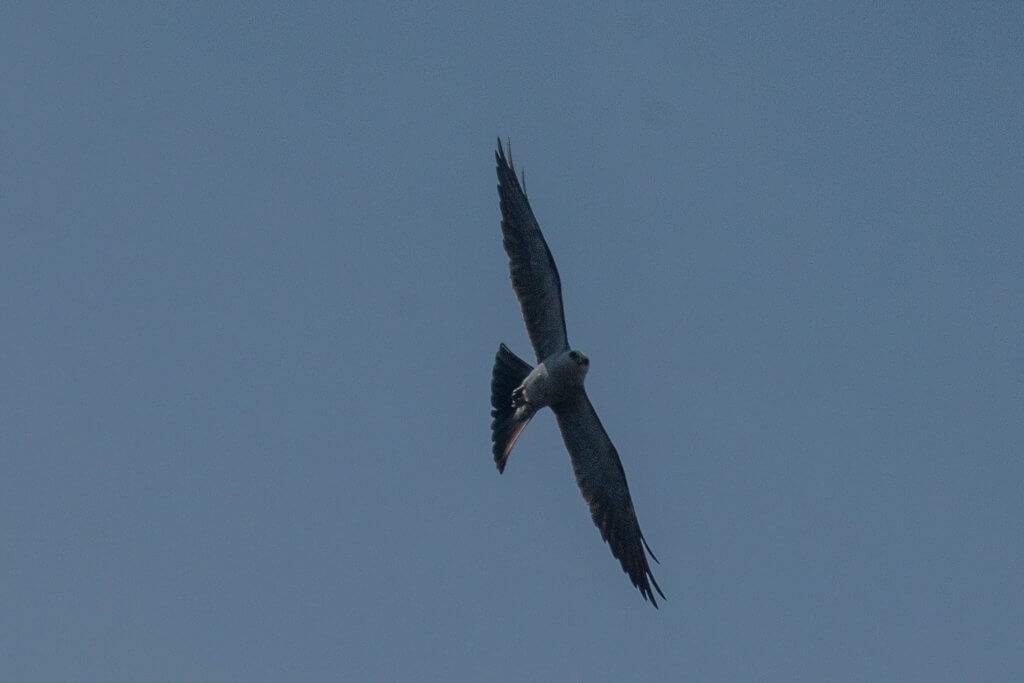 But then one of them will take a sudden movement and whoosh in another direction. Using their square off tail to dip, twist, plummet, and lift, these incredible aerialists are catching dragonflies and cicadas in mid air with their talons, and then eating them as they fly. 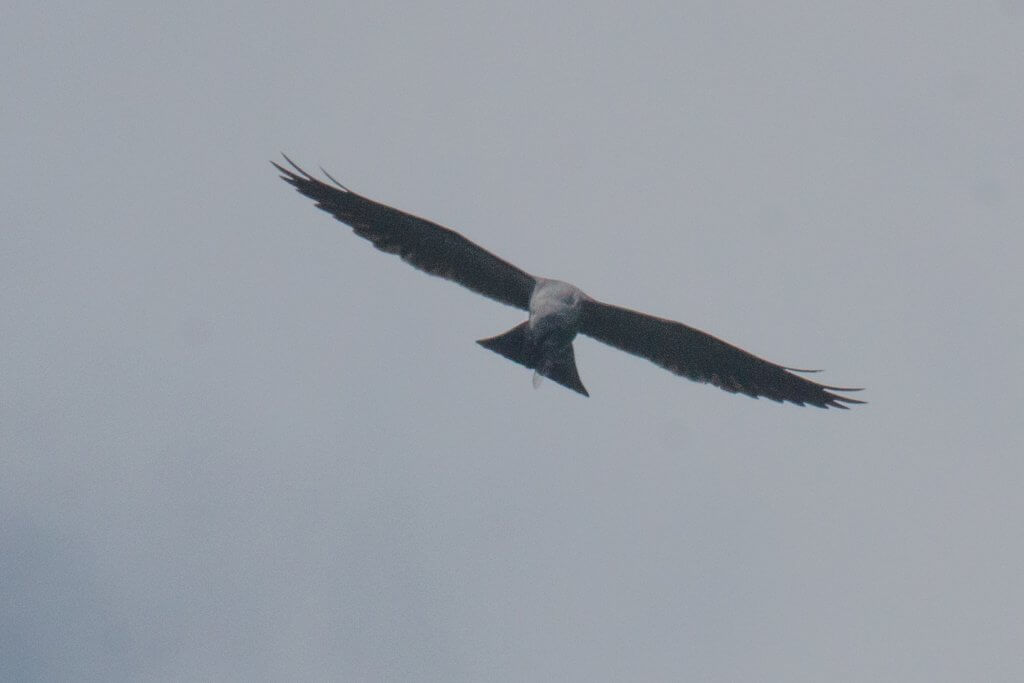 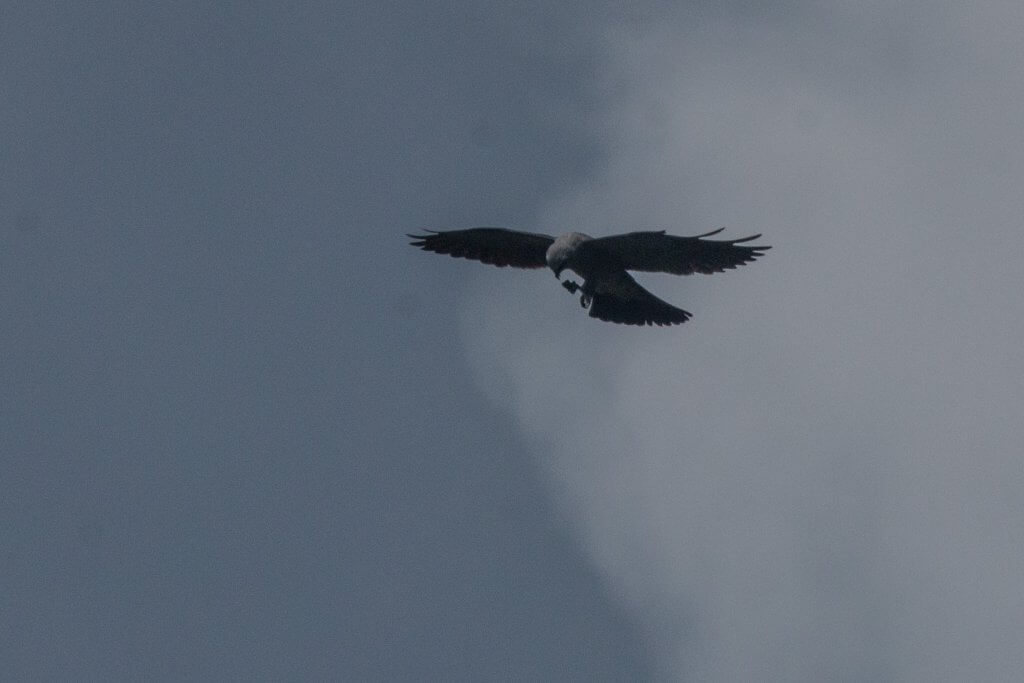 When you look at them with your eyes, it looks like they are just hanging out.  But zoom in with binoculars or a camera, and you can get a clear sense of them as effective predators. Yesterday, I took my camera over to big bend to lie on the dock and watch. They took my breath away with their dizzying dips and turns! 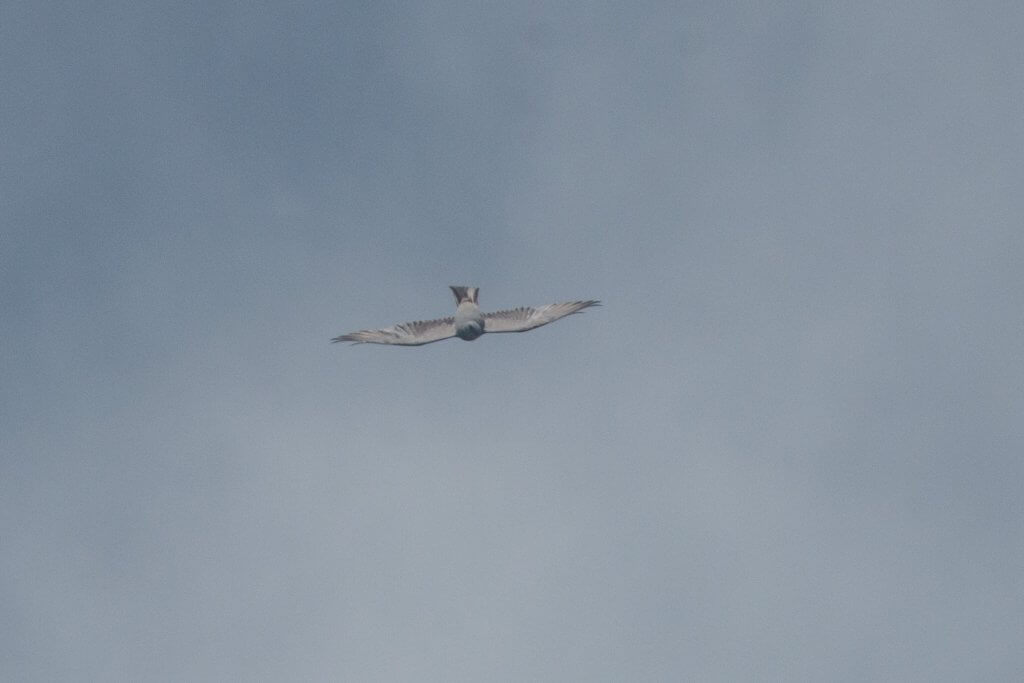 They snatch cicadas and dragonflies.  The cicadas protest loudly when grabbed, and if you look closely you can see the birds eviscerating them while flying. 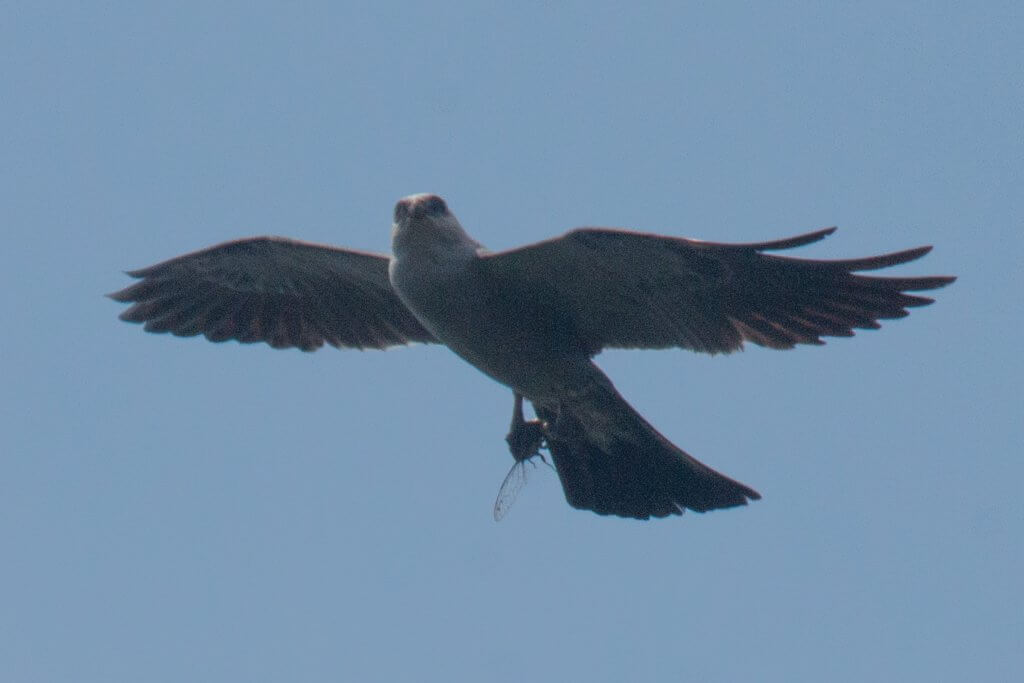 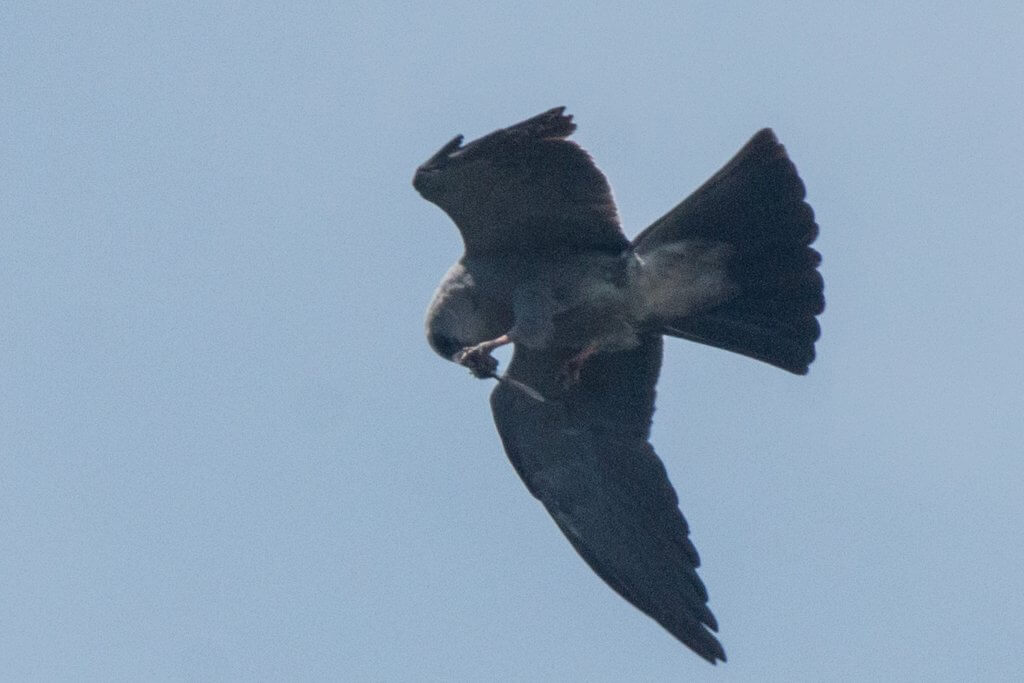 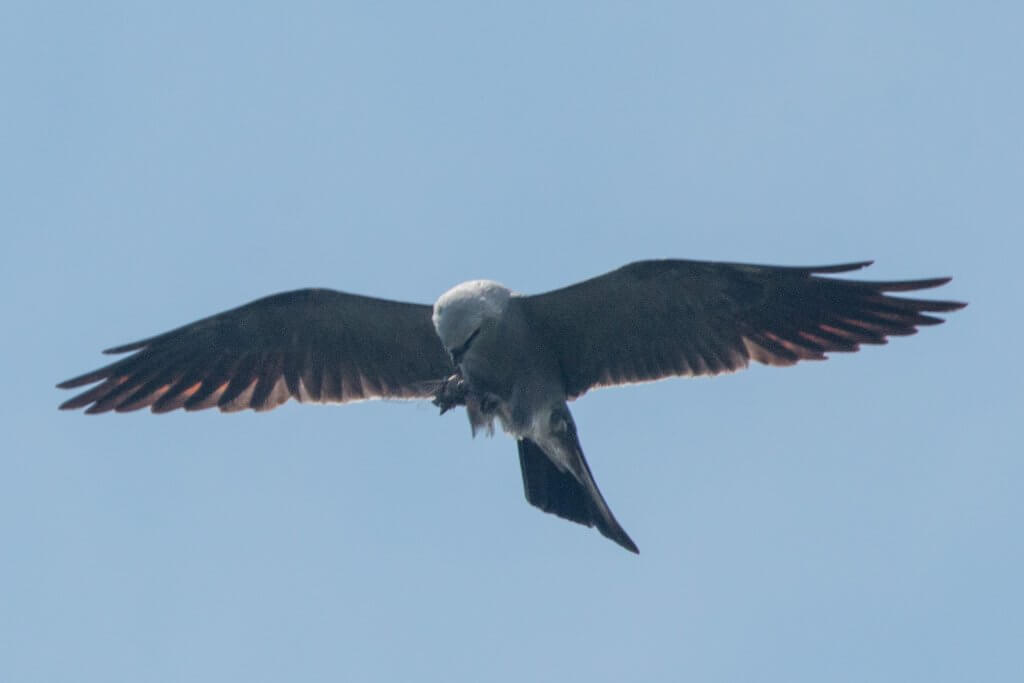 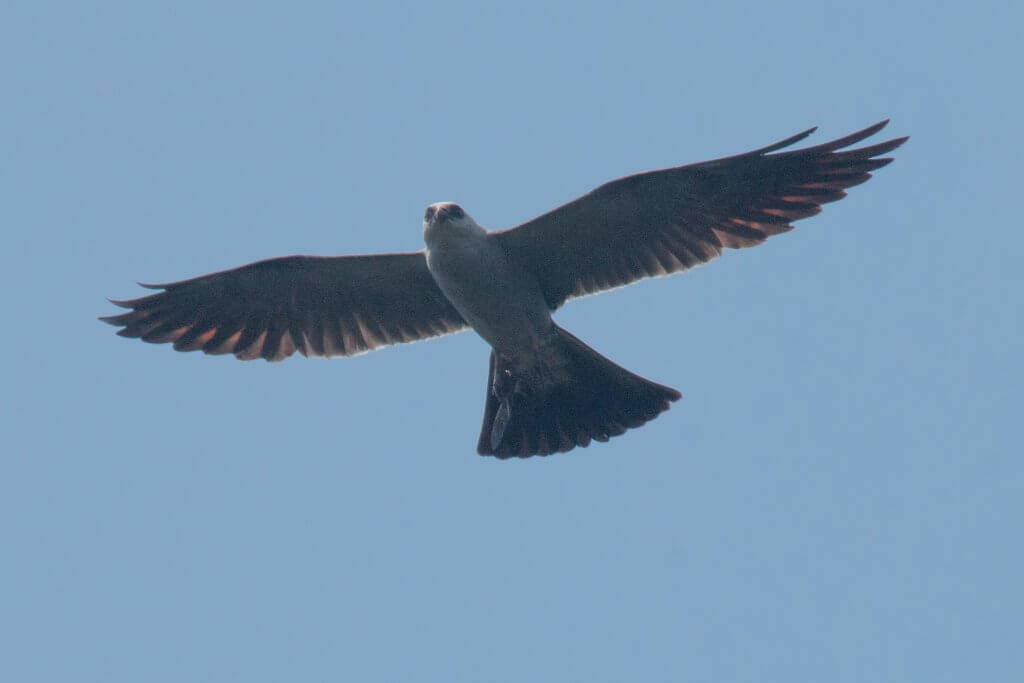 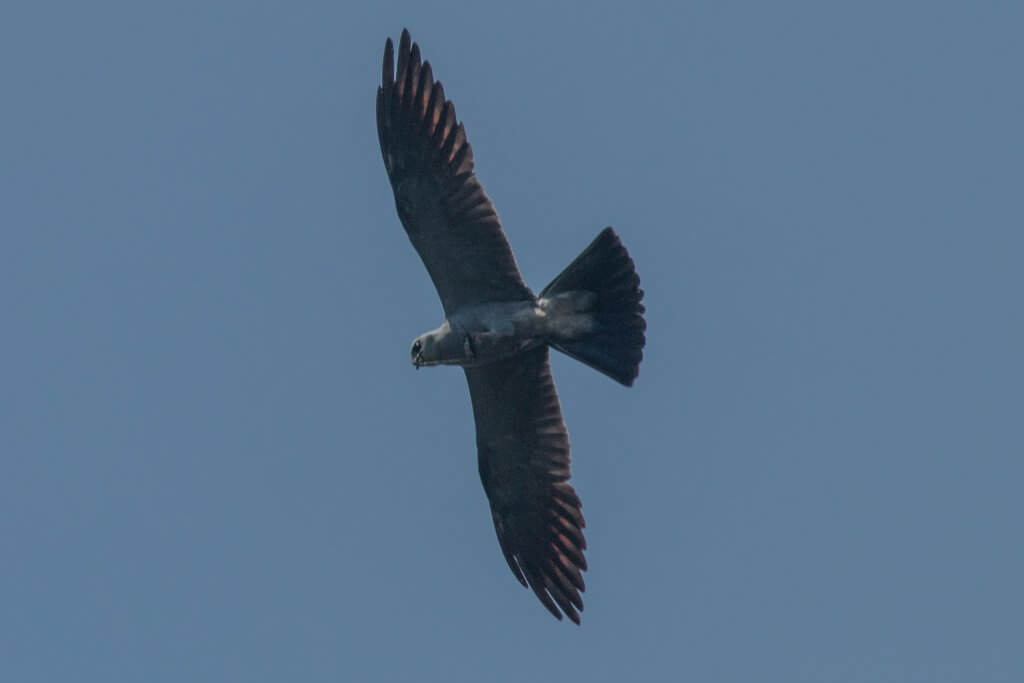 Mississippi Kites, Ictinia mississippiensis, are a species of least concern in our area.  In fact, check out this article from Living Bird Magazine about how their range is actually expanding. That said, I have never seen them here as often as I have in the last week. They may be staging for migration: In some states like Texas, they apparently gather in large groups before migrating south.  Each time I have been watching them, there have been blue jays in the trees below, making a screeching sound.  They shouldn’t really object to their presence; apparently blue jays and northern mockingbirds often nest near Mississippi kite colonies. It’s been the blue jays that had me looking up, though, so they are worth listening to.  And the cicada… when the kite first grabs the cicada, it makes a loud buzz, which was another thing that made me look up.  Usually cicada calls come from the trees rather than overhead. 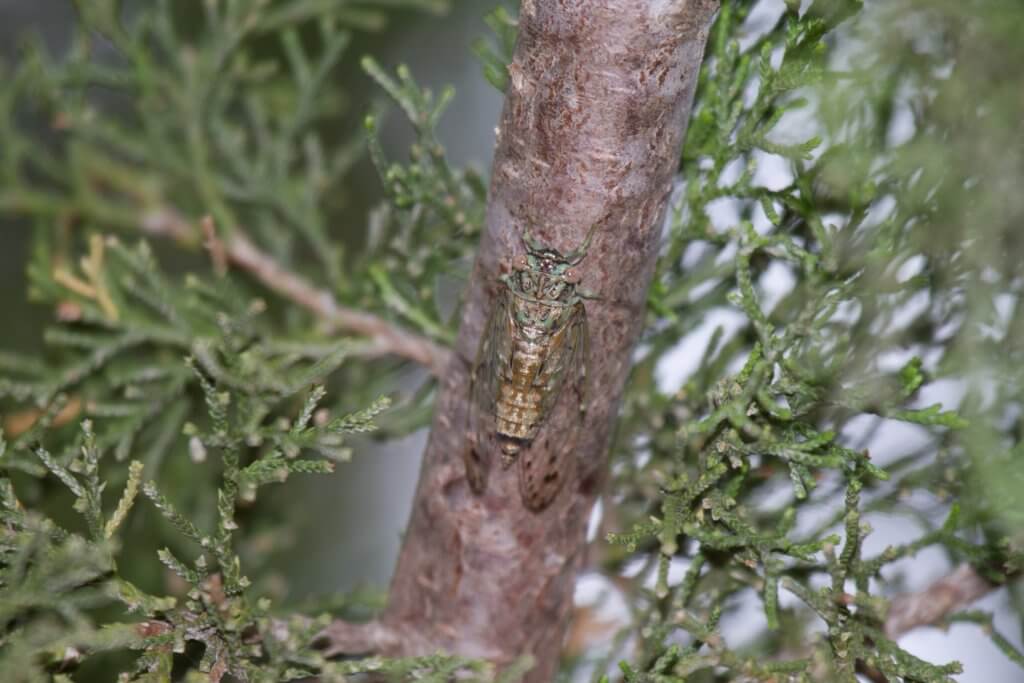 It’s worth heading out with binoculars!  And while you’re looking up, keep an eye out for swallowtail kites, which feed the same way and were seen here this week last year.