The Dewees Island Eagle nest is occupied again by a pair of bald eagles: we assume that they are the same pair that has nested here for the past four years. The birds returned to the area in late August, and began bringing sticks to the platform shortly thereafter. If they raise a chick, this will be the fourth year that they have provided us with a front row seat to nature’s incredible mysteries. Although it is fairly unusual for Bald Eagles on the East Coast to nest on platforms, our pair seems to like the central location of the pole which gives them a great vantage point over the whole impoundment, which has incredible food sources of ducks, fish, and the occasional rodent. In addition to claiming this platform as their own, they have been spotted eating and preening on other poles around the island. A November bird count spotted six eagles: four adults and two juveniles, and we are unsure whether the additional eagles were just migrating through or looking for their own nesting territory.

They are now active on the nest platform on and off all day, but we haven’t seen signs of an egg (a bird tending a single spot in the nest.) They return to the nest each night, and are there as the sun comes up most days. These photos are from Thursday. 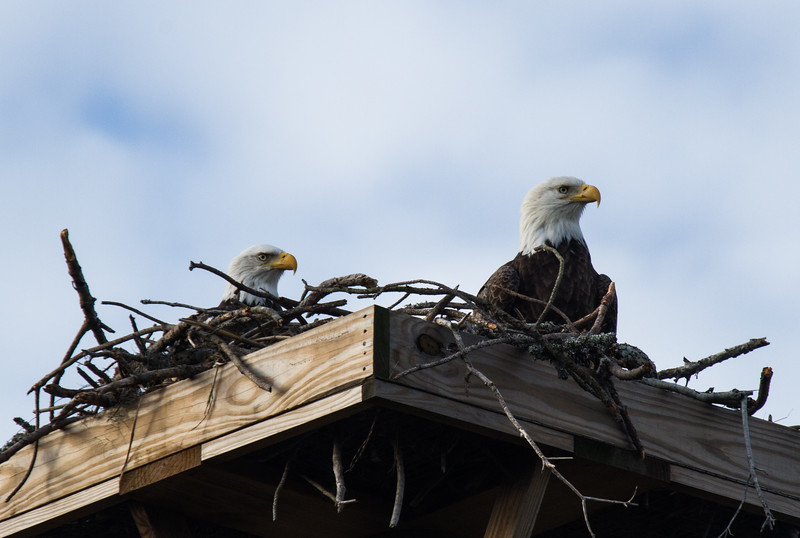 These posts have some of the best footage from previous years:

Some Books to think about giving for the Holidays

Roseate Spoonbill in the Impoundment